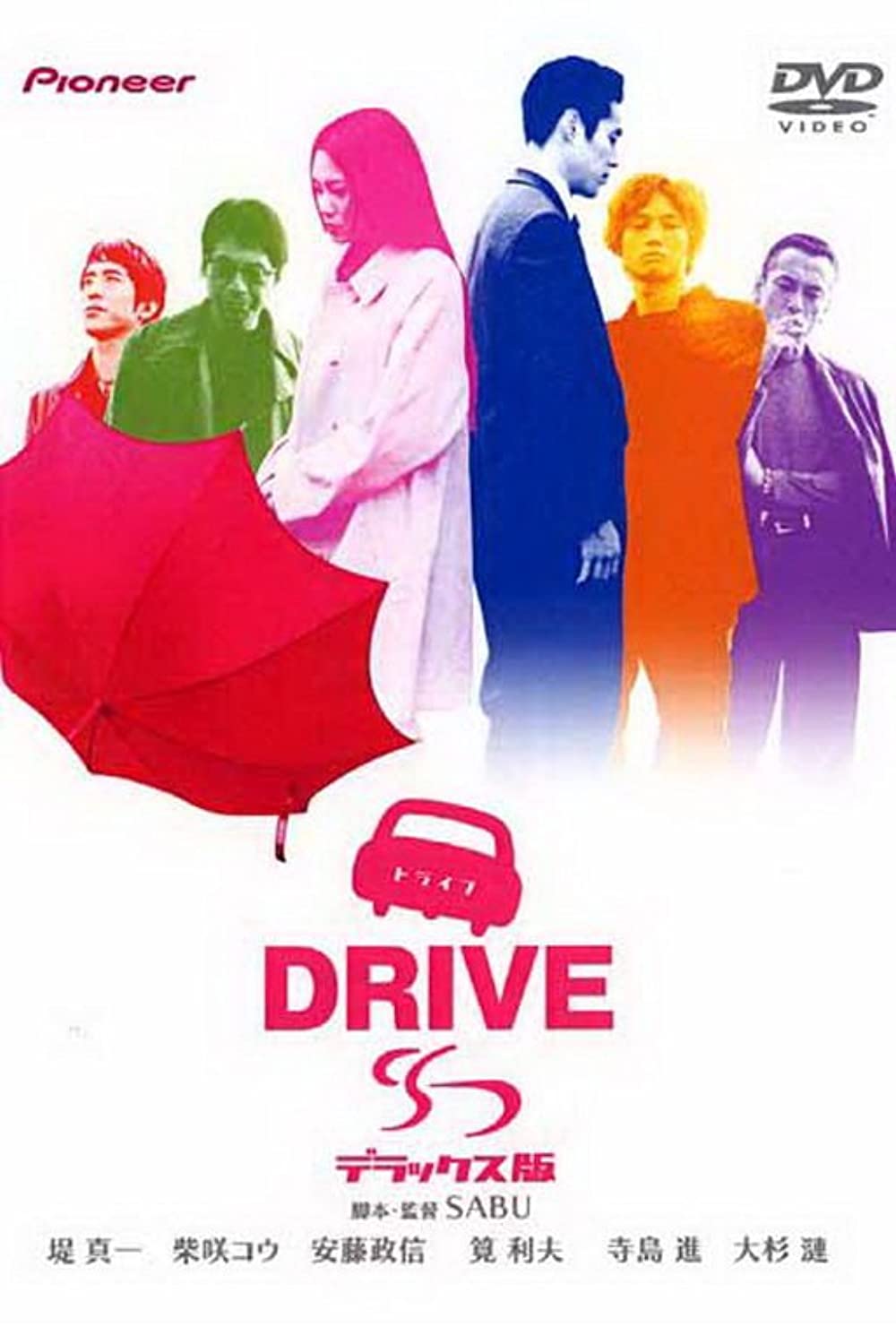 Kenichi Asakura is an uptight, hyper correct salesman who always visits his clients right on time. The only highlight of his existence is seeing the same beautiful girl at the same spot at one o’clock sharp every day. When he‘s waiting in his company van for a traffic light to turn green, three bank robbers jump into his car. They are in hot pursuit of their fellow robber, who snatched the money. Unfortunately for the bank robbers, Asakura never drives over the speed limit, even under extreme circumstances. This is the beginning of an incredible day for an honest, simple salesman, four startled bank robbers and one beautiful girl.

Drive, the latest film from acclaimed Japanese independent director Sabu, is the long awaited follow up to international prize winners Monday and Dangan Runner. Sabu remains faithful to the premise of his previous films; regular guys falling into chaos. Drive is a hilariously original movie, describing how some people are just destined to cross paths, no matter what the nature of their encounter might be. Starring as the hapless salesman Asakura is Sabu regular Shinichi Tsutsumi (Unlucky Monkey, Postman Blues), with additional performances by Kou Shibasaki (Battle Royale), Ren Ohsugi (Hana-bi) and Masanobu Ando (Kids Return).