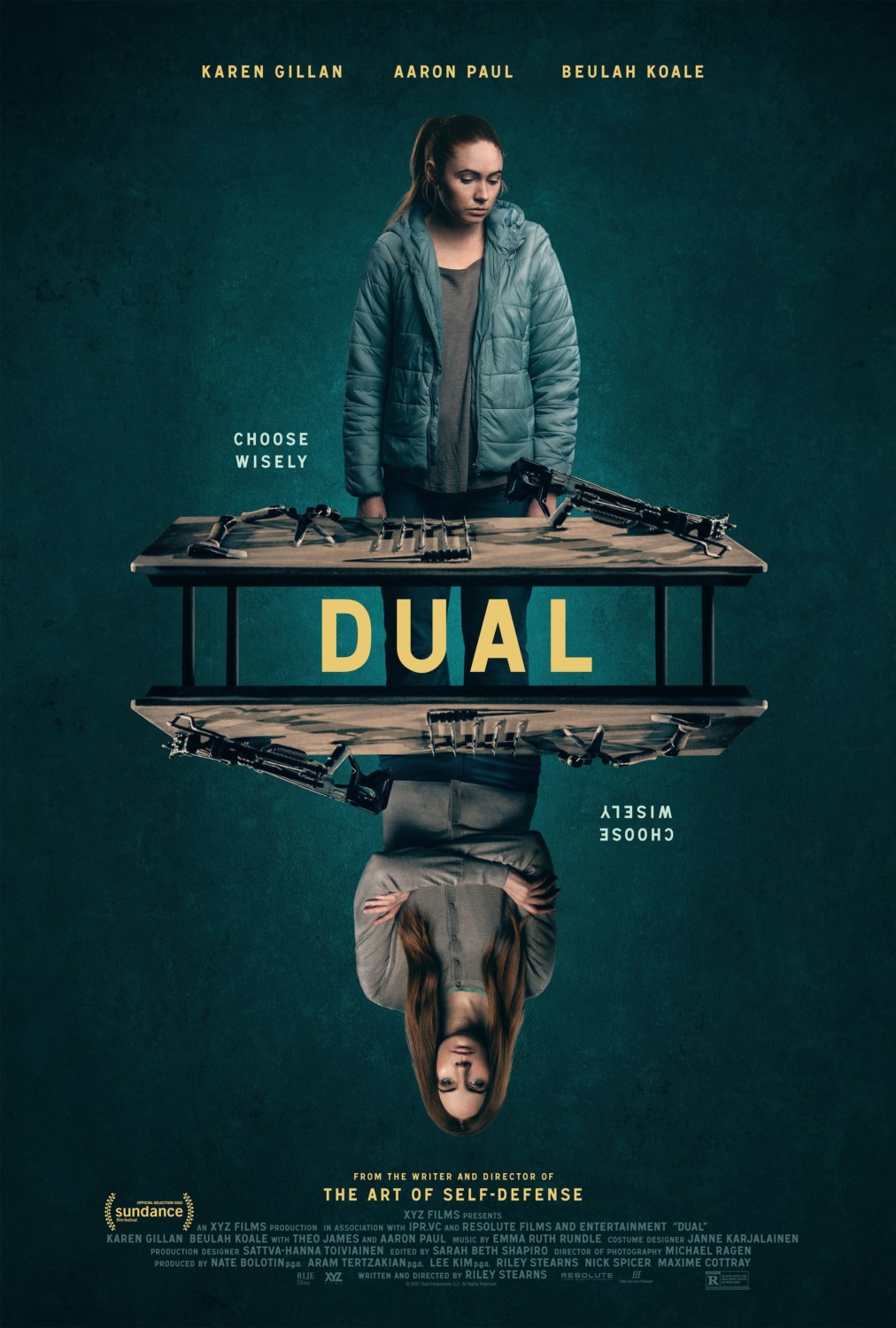 Sarah just received an enormous blow. The hospital gave her a terminal diagnosis and she probably won’t make it through the winter. Instead of bringing out the tissues for her boyfriend and mother, she decides to sign up for a rather common procedure called the Replacement. She agrees to cloning herself so that relatives can keep on living with ersatz Sarah after she’s gone. Obviously, her doppelganger needs to spend a little time with her before her demise in order to optimize its behavioral settings. But as the weeks go by, Sarah starts to notice that her friends and family seem to prefer this cloned version of herself. When she gets news from the hospital that she’s actually miraculously completely cured, she learns that the law does not allow for two versions of the same person on Earth. Rather than automatically destroying the clone, it was decided that in this case a duel to the death between original and copy is to be organized… Riley Stearns won our 7th Orbit prize in 2015 for his debut feature FAULTS and confirmed his status as artist-the-BIFFF-will-follow-around-everywhere-he-goes four years later with THE ART OF SELF-DEFENSE. And yes, DUAL is bull’s eye again! A morbidly hilarious dystopia with an excellent Karen Gillan (Nebula in the AVENGERS franchise).