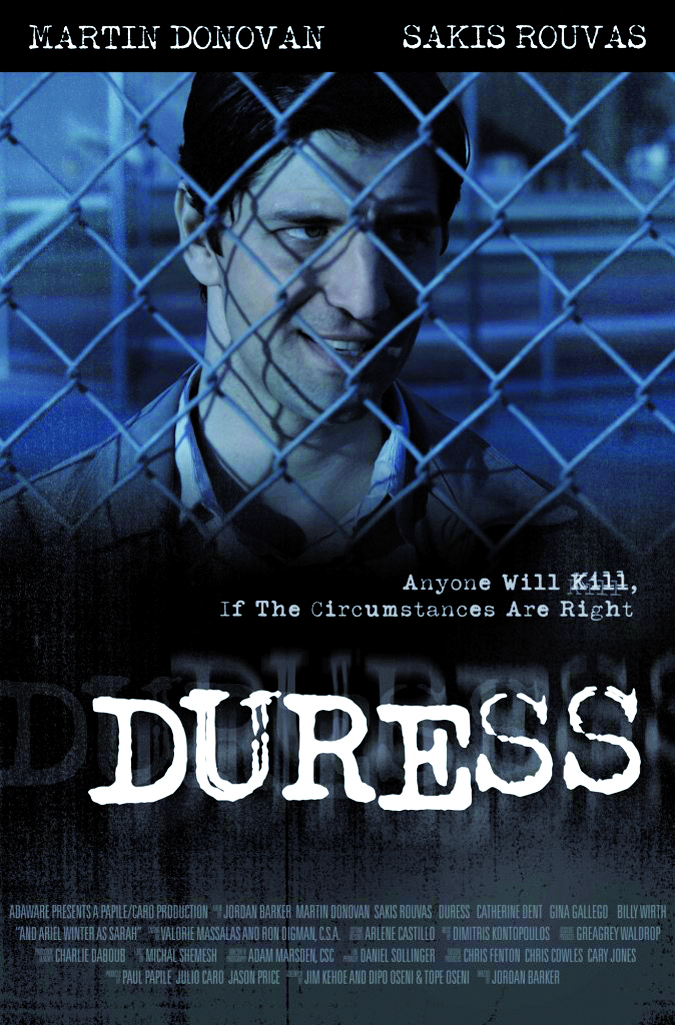 Richard Barnett is a widower. His wife recently killed herself. Closure isn’t facilitated either by his failure to connect with his daughter. But the worst is still to come. One night, when he enters a convenience store to buy a cup of coffee, Richard catches serial killer Abner Solvie in the act. In stead of getting a bullet in the head, Richard is forced by Solvie to participate to the slaughter. The charming psychopath seems to be pleased with their collaboration and threatens to kill his daughter if he doesn’t become his “apprentice”. Richard is now the pupil and protégée of a serial killer. In order for his daughter to stay alive, he will have to keep on killing or find a way to break Solvie’s spell over him. These days, we’re practically drowning in serial killer movies. You can not come up with something outrageous or perverted without having it already seen adapted for the big or little screen. Luckily, once in a while a movie comes along that is still different. Duress, the second feature of horror fanatic Jordan Barker ( The Marsh ), is not the usual bombardment of explicit and gratuitous violence. Its power lies in the nail biting cat and mouse game between the grieving father and the charismatic serial killer with fatherly intentions. Martin Donovan’s ( Trust, The Portrait of a Lady, Insomnia ) interpretation of Richard proves that there’s a beast hiding in every one of us. It’s only waiting for things to get bad enough to show itself.