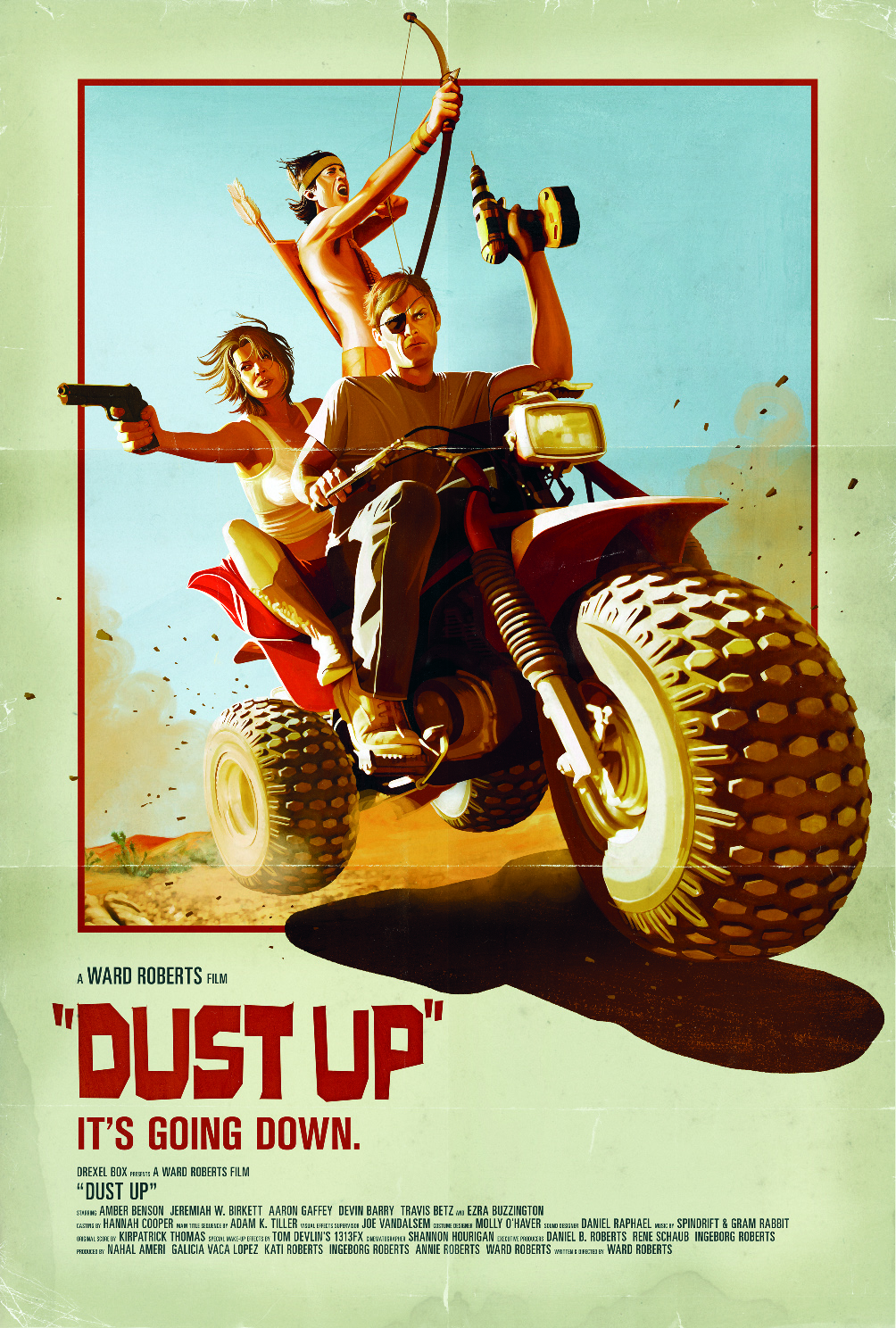 Jack is a shell-shocked soldier turned handyman seeking refuge in the hot desert sun from a cold, dark past. He’s traded his service pistol for a cordless drill, forsaken allegiance to the flag for meditation on a yoga mat. His only friend : a quirky hipster named Mo, who wants nothing more than to embody the life of a Native-American Indian, complete with teepee, and organic foods. These two oddball friends have forged a quiet paradise in this idyllic landscape. But their peaceful lives are interrupted when Jack answers a call from a customer in need… Ella is a new mother at an isolated bungalow in the middle of nowhere, soaked in mud from a broken water pipe and drowning in debt. She’s sought out Jack for help, unable to rely on her husband Herman who’s an elusive, junkie jackass owing a heap of cash to the local drug lord, Buzz. Jack soon finds himself embroiled in this family’s twisted situation, leading to an inevitable, violent confrontation with the ruthless Buzz. If you can imagine director Ward Roberts as a die-hard movie-addict, fan of Rodriguez, Tarantino, Zombie and Troma movies, then you can see why Dust Up is THE tribute film: a brutal soundtrack, weird and wonderful characters and absurd situations. The movie is generous with hemoglobin as any self-respecting exploitation movie. In short, Mad Max, Kill Bill and Desperado put into the blender !