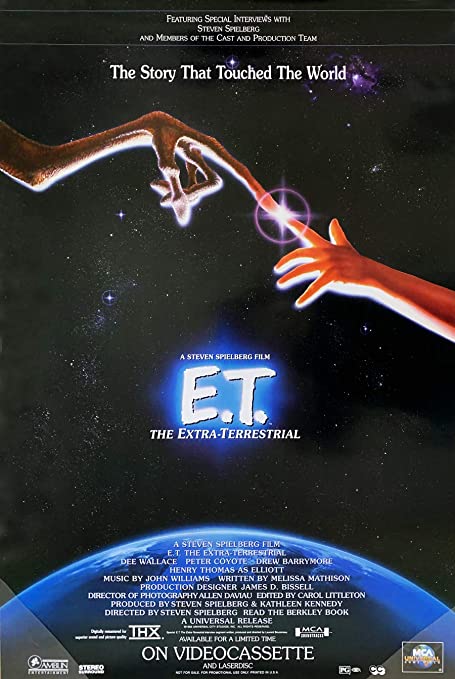 When a group of aliens visit Earth, one of them is lost and left behind. The alien is found by a 10-year-old boy, Elliot. Soon the two begin to communicate. This is the start of a special relationship between the lonely boy and the stranded alien, in which E.T. learns about life on earth and Elliot learns about the true meaning of friendship. E.T. wants to go home. As Elliot attempts to help his extra-terrestrial companion to contact his home planet so that he might be rescued, they must elude scientists and government agents, determined to apprehend the alien for their own purposes. This results in an adventure greater than anything either of them could have imagined. At the occasion of the 20th anniversary of Steven Spielberg’s timeless and beloved classic from 1982, E.T. The Extra-Terrestrial is re-released in a new version, along with never before seen footage, state-ofthe- art computer generated enhancements and a digitally remixed soundtrack. From the wordless, suspenseful introductory sequence until the exhilarating, poignant finale, E.T. has become an indelible part of cinema history. Starring Henry Thomas (Legends of the Fall, Suicide Kings) as Elliot and Dee Wallace Stone (The Howling, The Frighteners), Peter Coyote (Kika, Erin Brockovich) and Drew Barrymore (Charlie’s Angels, Donnie Darko).