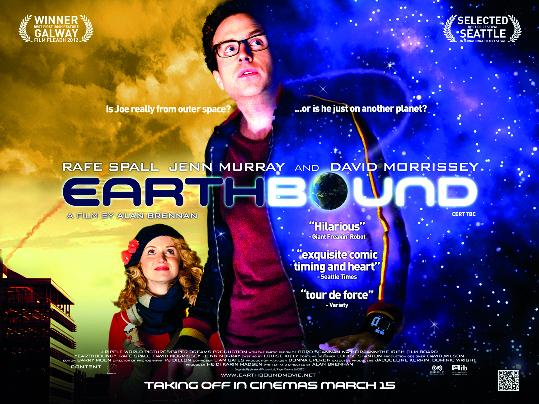 At eleven years old, Joe Norman is told by his dying father that he is the last survivor of a rebel group from the planet Zalaxon and he has to hide from the alien dictator Xalador. Joe believes his father and grows up to become a die-hard nerd working in a comic shop. He’s constantly on the lookout for a “compatible” human mate to continue their species. He falls for down-to-earth Maria, a fellow nerd, who inspires him to lead a more socially acceptable existence. When he reveals his extraterrestrial origins, Maria doesn’t believe him and tries to find a rational explanation to his story, like watching too much Battlestar Galactica. Then a bunch of intergalactic bounty hunters track Joe down and the couple soon learns the dangerous truth about who Joe really is. Alan Brennan, co-director of Hotel Darklight, is back with this original intergalactic rom-com. He plays with his characters and the audience, keeping everyone guessing until the very end. Earthbound is inventive, witty and stuffed with some really good dialogues. Rafe Spall, son of Timothy, whom we have already seen in Shaun of the Dead and Prometheus, gives his very own version of the Big Bang Theory !