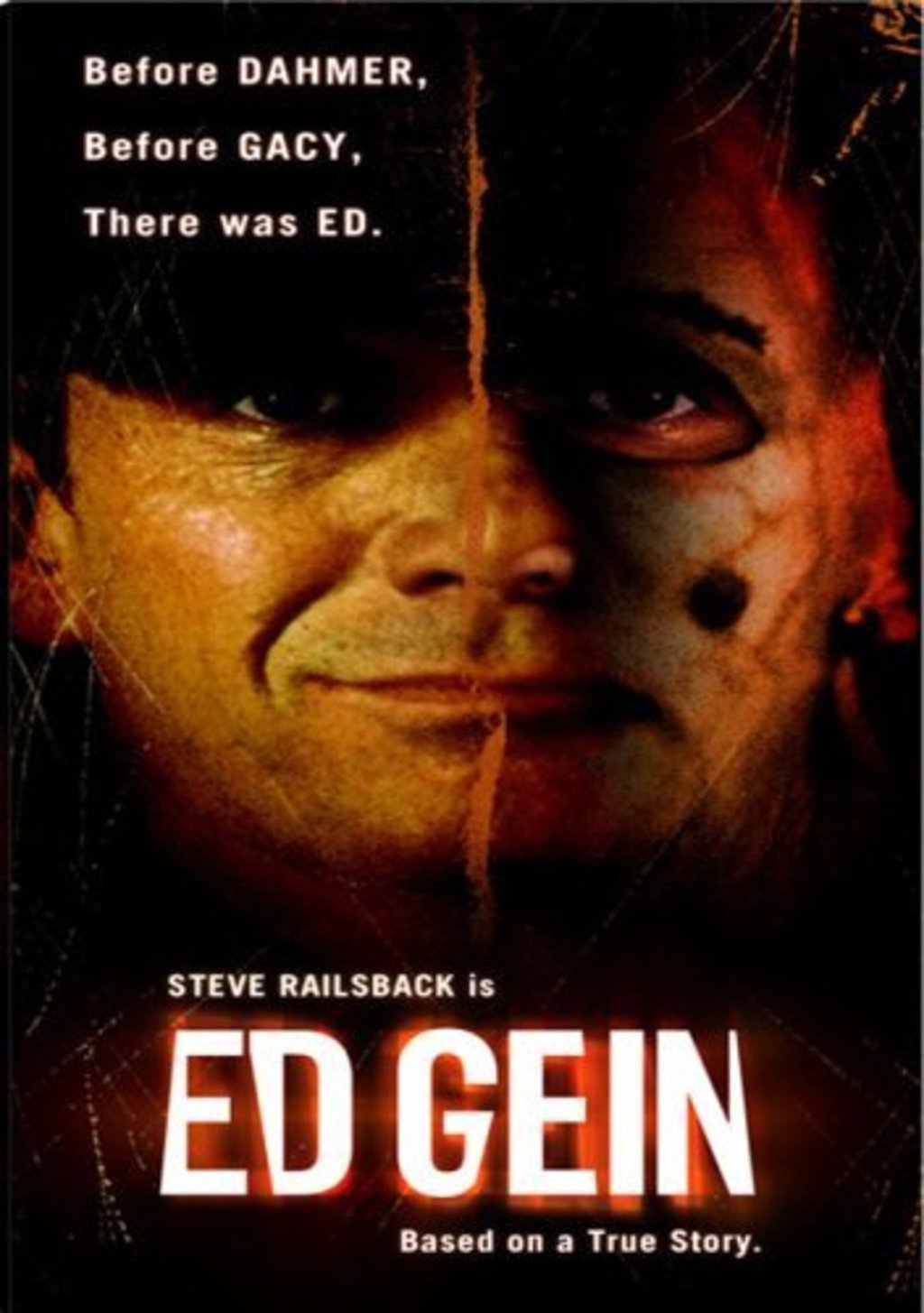 The late 50’s. Plainsfield, Wisconsin. Population : 642. Ed Gein is a simple man who wants to lead a simple life on his family’s farm. But the farm is remote, the family is gone and the crops perished long ago. Ed’s only companion in life was his domineering mother Augusta and she loved her son to a fault. She did her best to raise Ed as an upstanding Christian, with daily Bible readings and the occasional lash of her belt. But dear Augusta died a few years back and Ed never became the same again. Well, he always did have some peculiar interests : reincarnation, head-shrinking, cannibalism and the wonderful world of female anatomy. When Augusta’s ghost returns to haunt him, Ed decides to do something about it. The freshly buried bodies of Plainfield’s dead women begin to disappear and Ed turns them into “housewares”. Still, his mother’s spectre is getting louder. She doesn’t like all the “life” women coming across Ed’s path. They have to go. And who is Ed to argue ? After all, he loves his work. Ed Gein is the hair-raising adaptation by director Chuck Parello (Henry : Portrait of a Serial Killer II) of the true story that inspired films such as Psycho, The Texas Chainsaw Massacre and The Silence of the Lambs. The movie draws strength from the intense and credible performance by Steve Railsback (Lifeforce, Made Man) as Ed Gein, backed by Carrie Snodgrass (Fury, Pale Rider) as Augusta Gein, mother of the most celebrated serial killer of the United States.