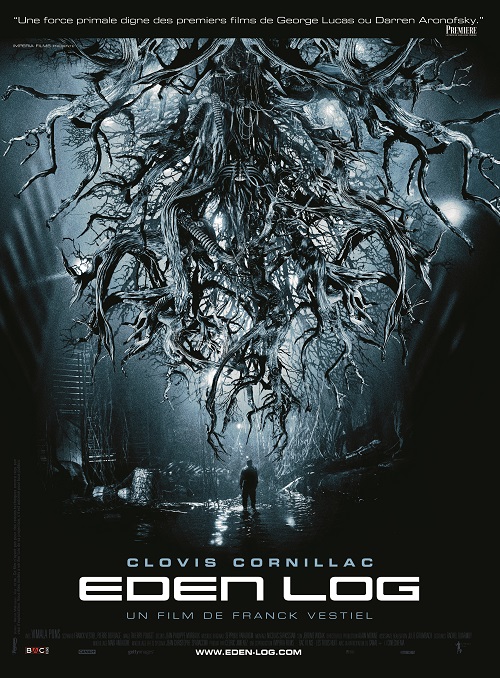 A man wakes up in a low-tech, underground cave system called Eden Log. Covered completely in mud and surrounded by darkness, he has to figure out how to get out of this place. At first sight, it seems abandoned. But as he gets further and further into the cave system, he soon realizes that he’s not alone. In order to get to the surface, he’ll have to deal with many creepy and potentially lethal obstacles along the way. And the more he finds out about the Eden Log Corporation, the more is also revealed about himself and the part he plays in a project that could threaten the very existence of mankind. Eden Log is a truly original and visually very impressive sci-fi horror flic from France. First time helmer Frank Vestiel has created and manages to sustain a hermetic universe for his bewildered yet resourceful hero to explore, impressively incarnated by Clovis Cornillac ( A Very Long Engagement, The Tiger Brigades, Asterix at the Olympic Games ). The grey color scheme gives Eden Log a very dirty and raw feeling. It possesses a haunting atmosphere and a striking sense of reality, while the spectacular soundtrack lifts the film to a whole new level. At the same time, Eden Log contains a warning about our relentless exploitation of our natural resources and about what could happen when nature decides to fight back.