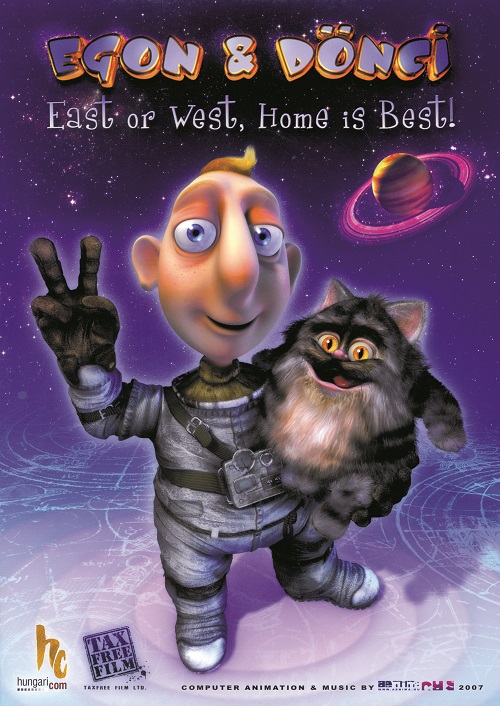 Egon and Donci live on an idyllic little planet in a neighboring solar system. Egon is an eccentric amateur rocket scientist, whose deeds are dogged by constant ill fortune caused mostly by a clumsy and decidedly overfed catlike creature called Donci. Their simple existence suddenly becomes complicated when an unidentified object crashes into their garden. It’s the Voyager 3, full of images and pictures of a planet called Earth. Egon decides that there is only one thing to do and that is to establish contact with this distant civilization. From Hungary comes a visually brilliant and engaging animated adventure by director Adam Magyar. Our two loveable heroes never knowingly cause any harm to another living being. Although they often get battered and bruised, it’s only as a result of their own hapless antics. Egon and Donci never speak on screen, so all communication that takes place between them, is achieved by a series of childish mimes and simple sound. Add to this stunning visuals and a heart-warming story with a simple, but poignant message, and you’re guaranteed to be as thrilled as your little ones.