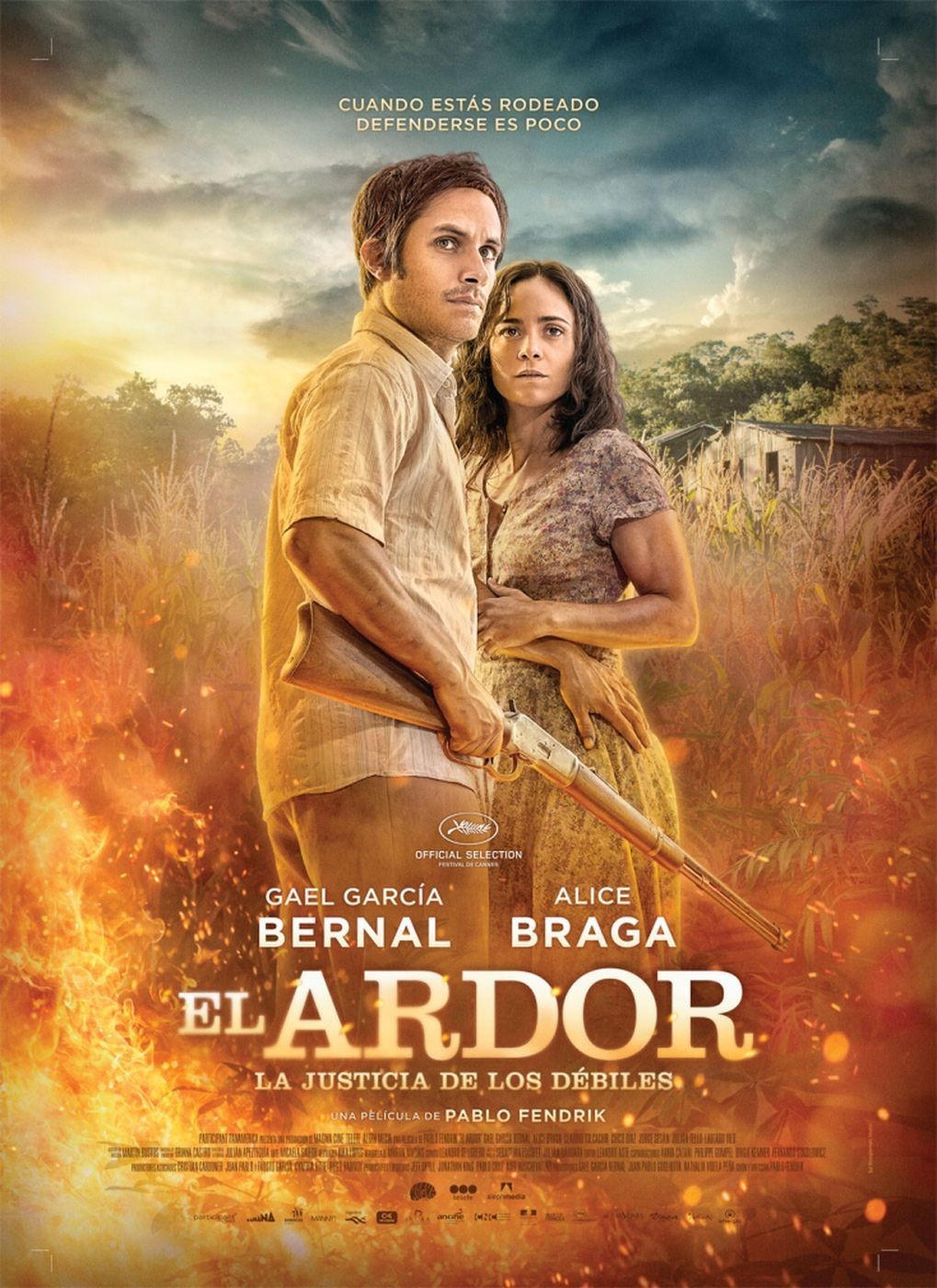 Even though he’s surrounded by puma’s, anacondas, jaguars and other lethal creatures, there’s only one species that the farmer of Rio Preama in Argentina fears the most: man. The large landowners may claim that they have their best interests at heart, behind the scenes they’ve got some shady individuals to “negotiate” with the last independent farmers. They use tried and tested methods such as harassment, rape, arson, murder… But there’s one man who doesn’t allow himself to be intimidated. His name is Vania and he’s a tobacco farmer. The thugs don’t know what they’re in for, because the jungle is Vania’s playground where he determines the rules.

This modern western with eye-catching landscapes that could come straight out of a Terrence Malick movie, tells a shocking tale that’s unfortunately daily reality for many small farmers in the rainforest. El Ardor premiered at the 2014 Cannes film festival and benefits from a great cast, led by Gael Garcia Bernal (Amores Perros, Babel) and Alice Braga (I Am Legend, Elysium) who take up the age-old fight of David against Goliath.