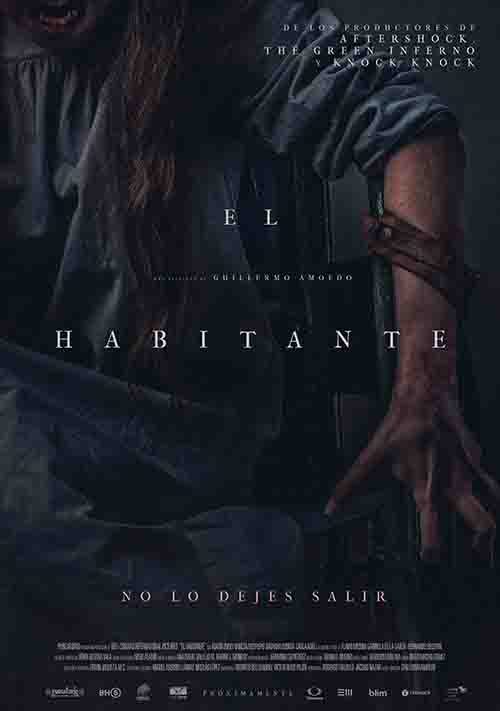 When three sisters decide to go out for the evening, it’s not because they want to party. They’ve decided to break into a corrupt senator’s house to stuff their pockets. Getting in was so easy that they joked about it on the way to the safe. But prying it open isn’t as simple as they thought it would be. They have to drag the senator and his wife out of their bed and scare them into spilling the beans. But there are these strange noises coming from the cellar. When the girls go down to investigate, they discover not a squeaking boiler, but their victims’ paraplegic daughter. She’s tied up and looks to have been tortured. Their parents express no sign of guilt or remorse but only pure fear. They cry: “Whatever you do, don’t untie her!”. Is exorcism your thing? Then El Habitante is the perfect horror movie for you. Guillermo Amoedo, a close collaborator of Eli Roth, has written scripts such as The Green Inferno and Knock Knock. You might also remember The Stranger, screened at the BIFFF 2015. El Habitante proves again that he masters the horror genre with ease.