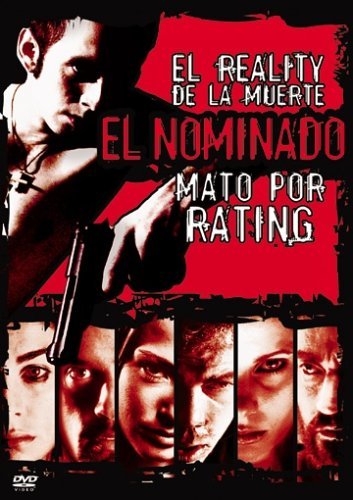 Chile, 2006. Everybody has had enough of the reality TV phenomenon. Ratings are dropping fast. When one network loses the rights for the Football World Cup, in which Chile has finally qualified after eight years, they decide to create the most extreme reality TV show ever. In Underground, twelve young men and woman with different and extreme personalities, are taken to an underground bunker in the middle of the Andes mountains, far from civilization. They must survive with little water and food for 90 days. Everything is controlled from Santiago, 400 kilometers away. When Miguel is nominated to leave, he goes ballistic and kills one of the other contestants. Suddenly, everybody starts to watch Underground.

No festival seems to be complete without a movie that mercilessly targets reality TV shows. After The Contenders in 2002 and My Little Eye in 2003, El Nominado is next to presents us with an ironic view on the demented descendants of Big Brother. The two young directors, Nacho Argiro and Gabriel Lopez maintain a fine balance between satire and tension and obviously had a lot of fun putting the lead motive of their film, “kill for ratings”, into practice.