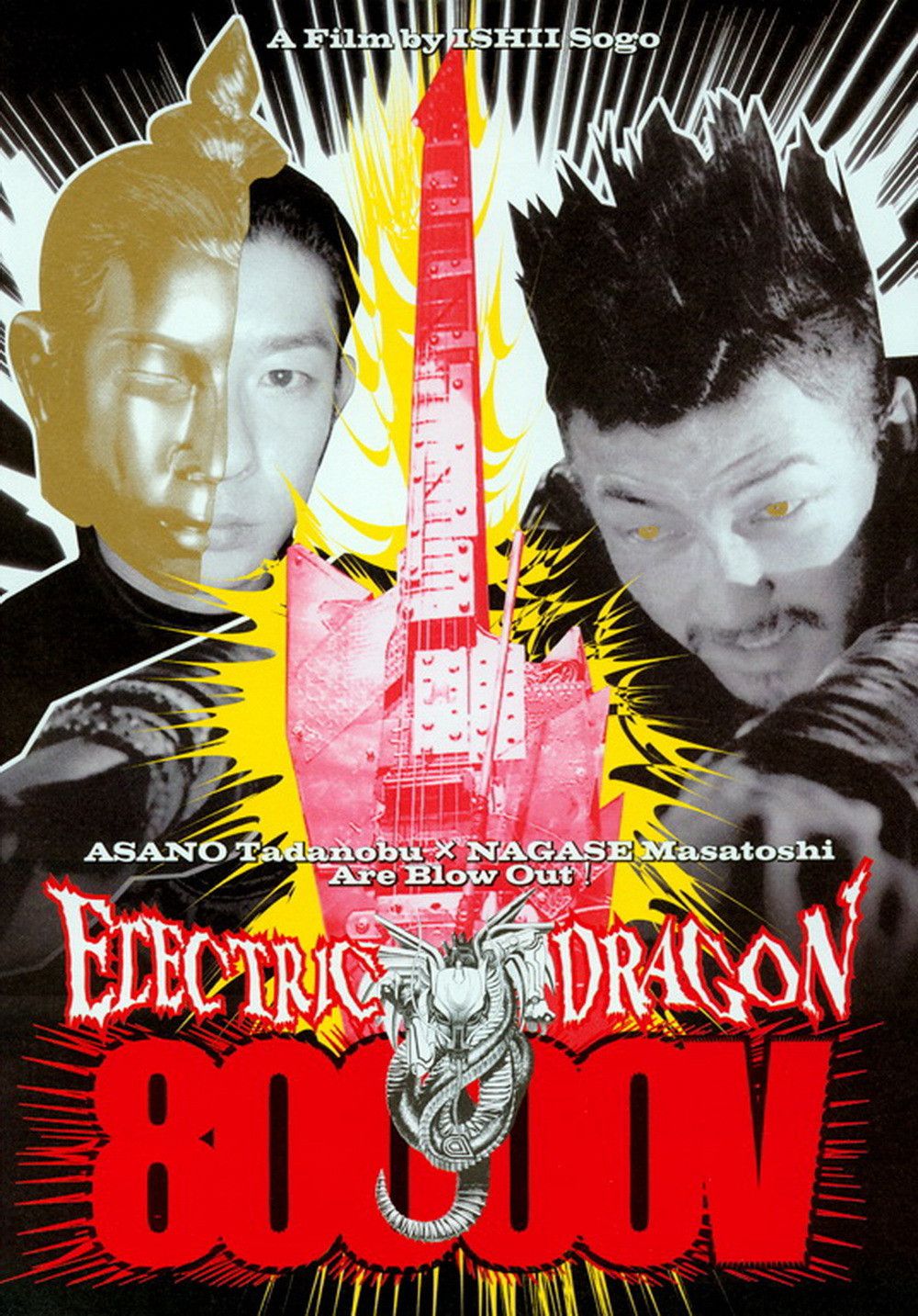 Playing one day as a child on a power line tower, Dragon Eye receives a huge electrical shock, which ignites in his brain a long dormant prehistoric disposition for blind rage. His “dragon” has been awakened. Medical scientists try in vain to calm him with years of electroshock therapy. His altered brain affords him telepathic communication with reptiles. As an adult, Dragon Eye makes a profession of finding lost lizards in Tokyo. His only so-lace lies in wildly playing the electric guitar. But, as his rage sends huge electrical charges out into the urban environment, he shackles himself to bed each night to avert disaster. Dragon Eye’s nemesis appears on the scene as Thunderbolt Buddha, an avenger who, as a child, was electrocuted by a thunderbolt. Presuming his powers to be superior, Thunderbolt Buddha tracks down Dragon Eye and challenges him to a highvoltage Tokyo rooftop showdown. Electric Dragon 80.000 Volts is the latest high-powered sound and visual treat from director Sogo Ishii, pitting against each other Japanese superstars Tadanobu Asano (Gojoe, Gohatto) as Dragon Eye and Masatoshi Nagase (Mystery Train, Cold Fever) as Thunderbolt Buddha. Sogo Ishii, one of the leading light of the Japanese New Wave, is no stranger to the Festival. The Passage 44 was witness to his versatility with films as Angel Dust (1995), August in the Water (1996), Labyrinth of Dreams (2000) and Gojoe (2001). His latest, Electric Dragon 80.000 Volts is pure undiluted cyberpunk, a dazzling experience for the senses with an apocalyptic sound track.