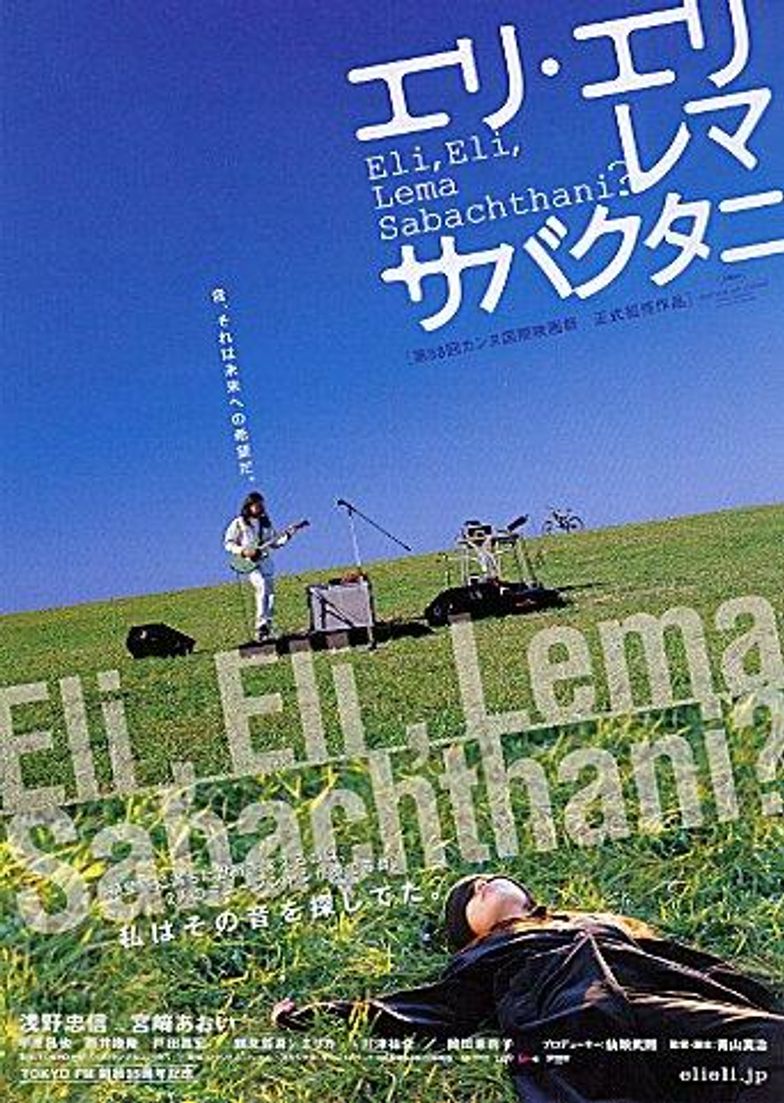 AD 2015. The world’s major cities are decimated by a terrible plague, a highly contagious virus that fills those it infects with unbearable dread, then with overwhelming despair. This fatal disease, without a cure, is called the Lemming Syndrome. In an isolated country mansion, two musicians, Nizui and Asuhara, live in seclusion. They devote themselves to the creation of pure sound, far from the trappings of fame and success they knew in the corrupt and dangerous city. They are visited by an ageing plutocrat, his desperately sick daughter and a detective, who believes that in the music made by Mizui and Asuhara lies the seed of hope that the old man’s daughter can be saved. In the vast, changeless stillness of nature, the musicians begin to play. Acclaimed director Shinji Aoyama ( Eureka, Desert Moon, Mike Yokohama : A Forest With No Name) delights us with this thoughtful foray into science fiction; the title coming from Jesus’ last words on the cross. With the omnipresent and versatile Tadanobu Asano ( Ichi The Killer, Electric Dragon 80.000V, Zatoichi ) as Mizui. Cinematographer Masaki Tamra’s attractive visuals, from early scenes on a wind-swept beach to empty autumnal landscapes are accompanied by a musical score that could wake up the dead.