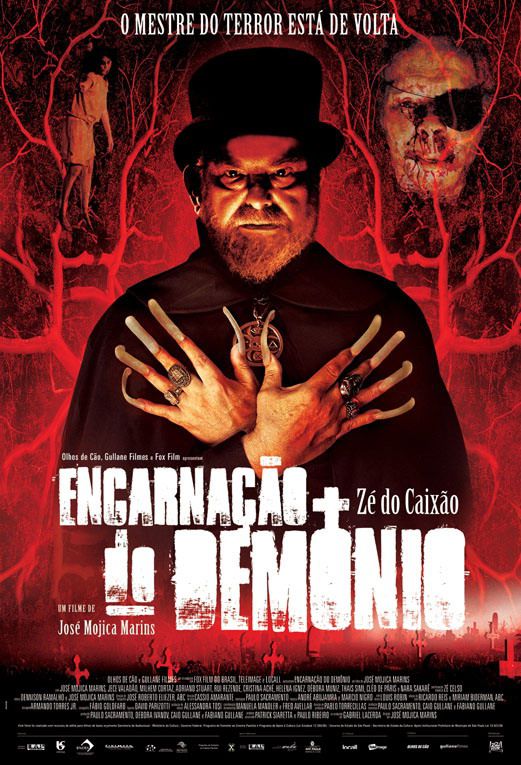 Who doesn’t want to live forever ? What is more absurd than to be eaten by worms ? Coffin Joe is on a quest for eternity. But he has no ethics or morality. Joe doesn’t care about mystical metaphysics or religious nonsense. He wants a child who will embody perfection. Until then, his purpose is totally legitimate and very human indeed. The problem is that he just spent 40 years in prison for having already failed. But now he’s better prepared to continue with his vicious, bloody plans. Those who cross his path should beware! Coffin Joe certainly has his way of searching for “the” girl who will give him immortality. We had to wait forty years, but with Embodiment of Evil, legendary Brazilian cult-director José Mojica Marins finally concludes his Coffin Joe trilogy, started in 1964 with At Midnight I’ll Take Your Soul and continued in 1967 with This Night I’ll Possess Your Corpse. And it has become a worthy ending. Coffin Joe, incarnated by Marins himself, is a horror icon so sadistic, immoral and brutal, that he would even make contemporary counterparts like Jigsaw and Jason soil their pants. Get ready for a delirious and unforgettable trip to the unique and surreal universe of Coffin Joe.