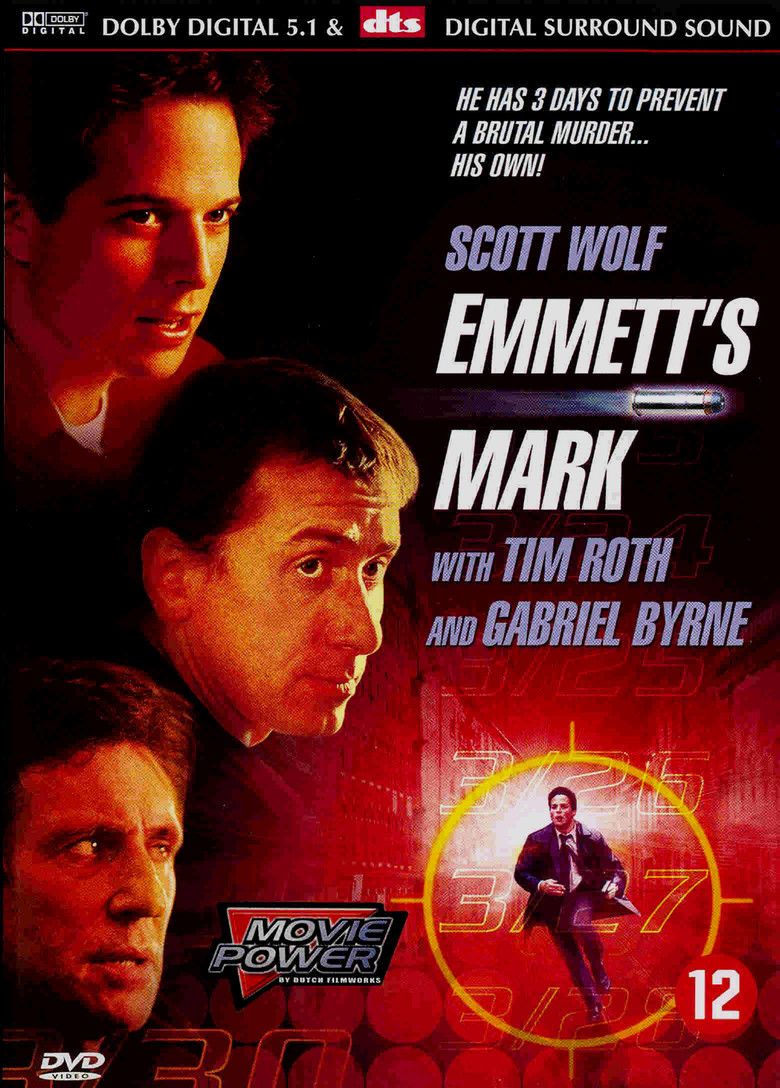 Emmett, an ambitious young detective has just been assigned to a high profile, career making murder case when he discovers that his recurring headaches are actually the symptom of a fatal disease. Shattered, Emmett has a chance encounter with Marlow, a helpful former cop. He offers Emmett a bizarre option. He will arrange to have a third party kill Emmett at an unknown time and place. This alternative to a painful death, will allow him to enjoy his last days free from worry. A desperate Emmett accepts. Severing any future contact with Marlow, he becomes a target. Throwing himself into his work, Emmett closes in on a serial killer. If he can catch the killer before he himself meets his end, his life will have had meaning.

Emmett’s Mark is a classic psychological thriller told in a hip, driving style by debut director Keith Snyder. The camera work, the cutting and the soundtrack are excellent. And the ending of the movie is both shocking, surreal and realistic. With fine performances from Scott Wolf (White Squall, Go) as Emmett, Gabriel Byrne (Miller’s Crossing, The Usual Suspects, Spider) as Marlow and Tim Roth (Little Odessa, Reservoir Dogs, Planet of the Apes) as the hitman.