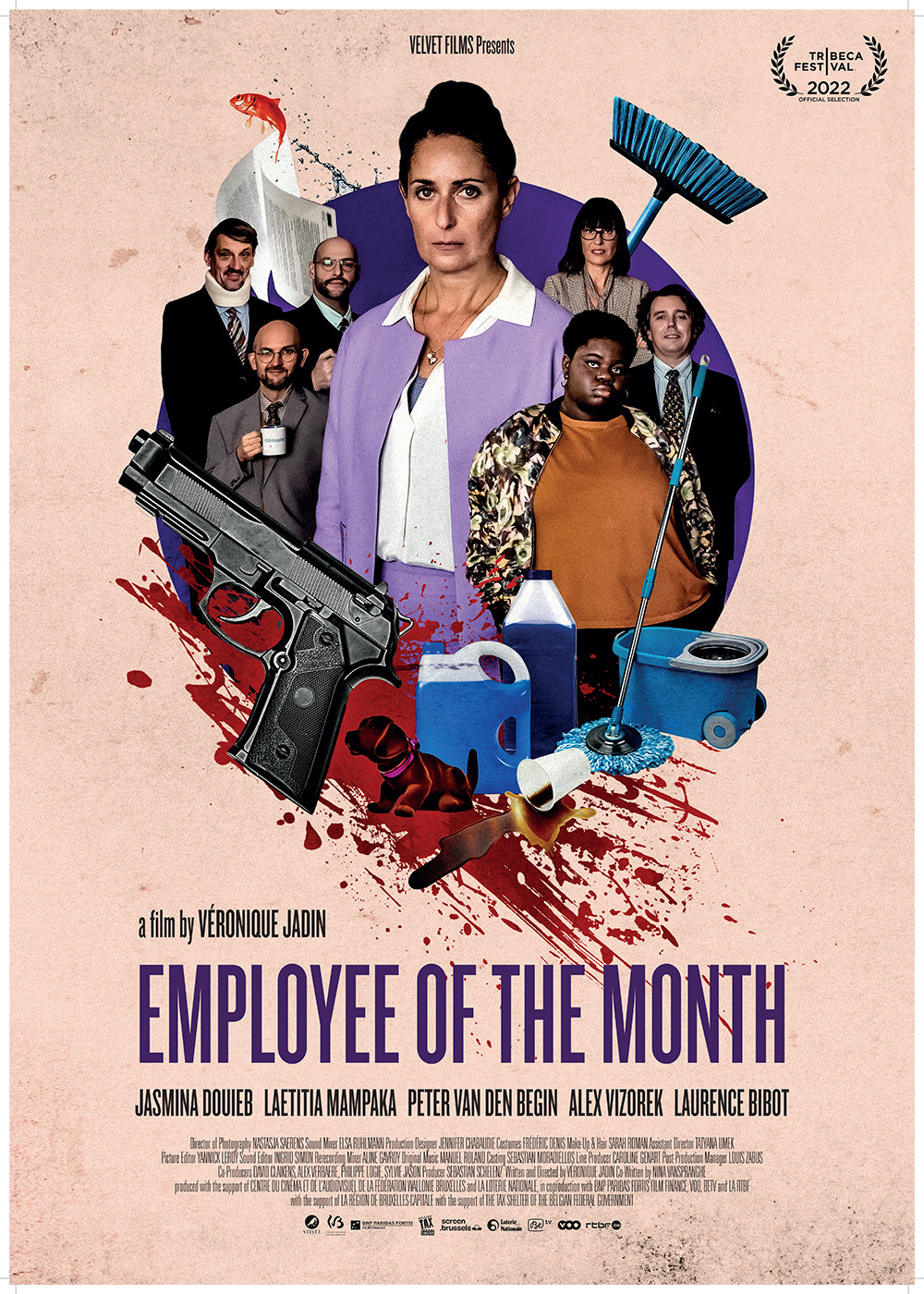 EMPLOYEE OF THE MONTH

After slaving away at a small company that sells cleaning products for over 25 years, Inès (Jasmina Douieb) still hasn’t got a single raise, unlike her male colleagues who seem to effortlessly get them every year. Oh well, Inès isn’t one to complain easily, after all she’s devoted and over the years has obtained a level of expertise in pretty much every domain of the company. Yet her colleagues seem to value her most as the cleaning lady that makes their coffee, which they all deem weak and pretty horrible. One day Inès musters up all her courage to demand a raise from the boss, who declines with a condescending smile and offers her to get laid instead. That does it! From now on, she’s going to stick it to the man, quite literally! The feature-length debut of Véronique Jadin, which she shot with a mainly female crew, is a deliciously feminist pitch-black comedy in saturated Almodóvar colors with Belgium’s finest comedians – such as Peter Van den Begin (THE KING OF THE BELGIANS, ADORATION) as the misogynist boss. Get your own damn cup of coffee, punk!