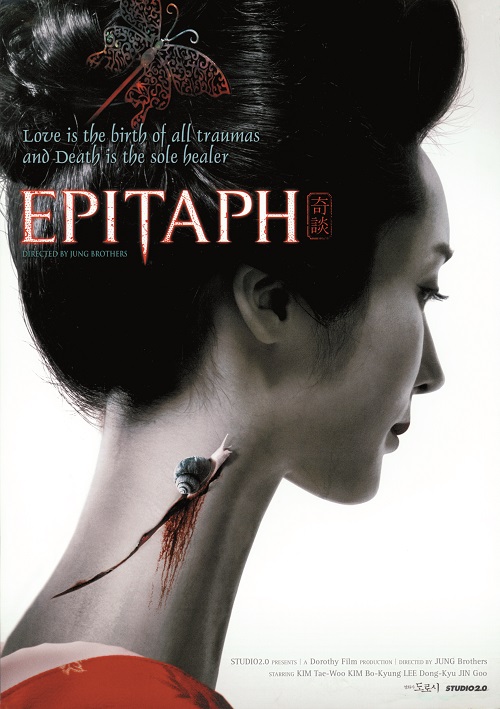 Seoul, 1979. Doctor Jung-nam receives an album of old photographs which takes him back to 1942 and a hospital during the Japanese occupation. He’s one of the interns working there.
Jung-nam is still a terribly clumsy and insecure doctor, whose incompetence is penalized by a couple of weeks in the morgue. Terrified by the dead around him, he’s nevertheless fascinated
by the pure beauty of a young girl who has committed suicide and whose body has been fished out of a frozen river. A strange relationship develops between the young doctor and the ghost of the girl. At the same time, the hospital corridors are filled with the blood-curdling screams of Asako, a young Japanese girl who’s the only survivor of a car accident that killed her mother and step-father. Asako is tormented by visions she can’t control, despite all the dedicated efforts of the staff. Finally, there’s In-young, a fearless female doctor who takes charge of the autopsies.
Her husband, who also works in the hospital, is shocked to discover that his wife has no shadow.
Epitaph, the feature debut of directing brothers Bum-sik Jung and Sik Jung, blends stunning visuals with a rich, intricately-fashioned soundtrack. Their tale touches on themes such as love beyond death and schizophrenia, while putting plenty of shivers down the audience’s spine. The Jung brothers use every special effect available and draw on symbols such as murderous iron butterflies or snails to represent the spirits of the dead covered in blood and slime. Epitaph is a luscious and mystifying fusion of horror and the supernatural.