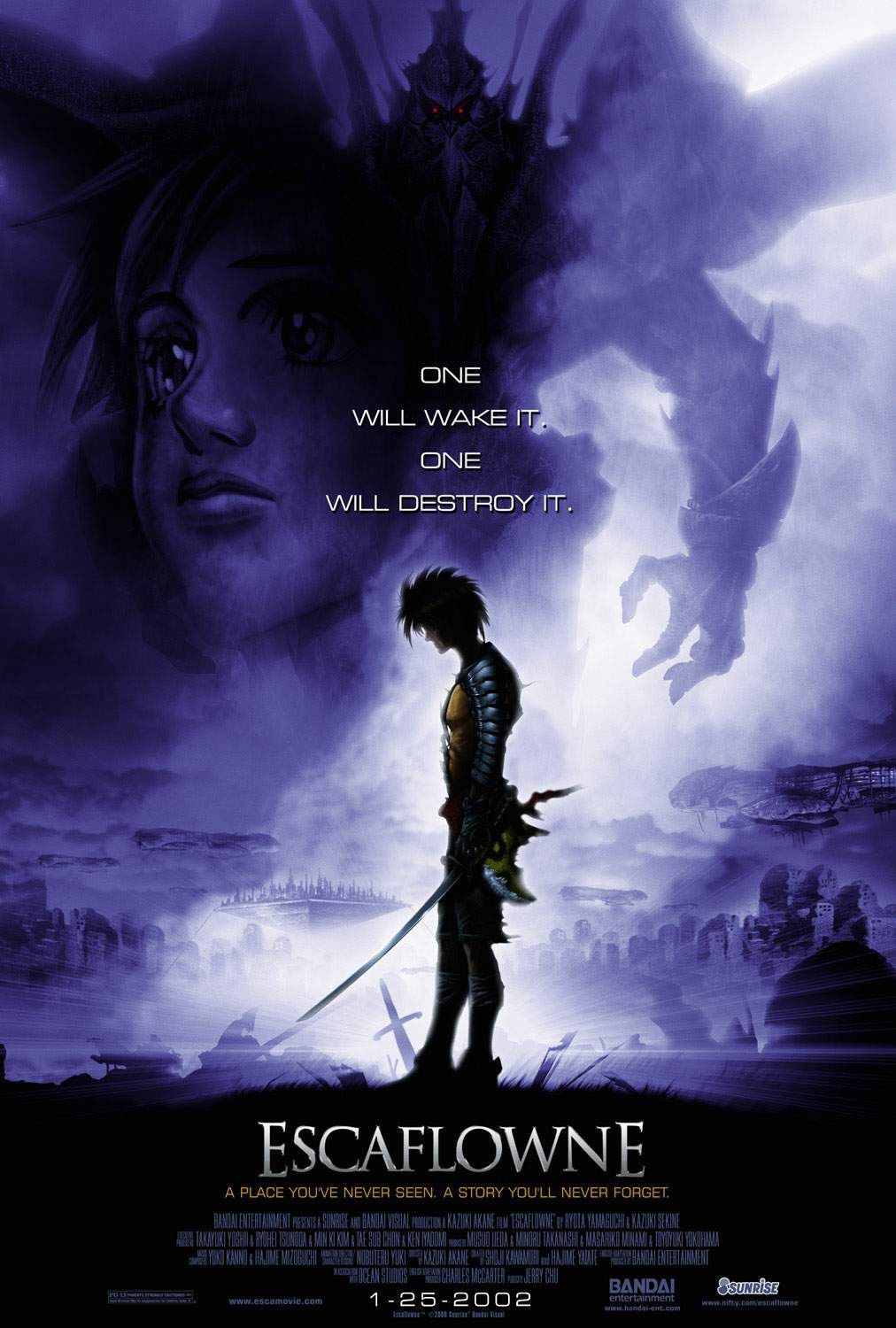 On the planet Gaea, the Black Dragon Clan wants to conquer and rule the entire world. Young Prince Van’s country is one of those destroyed by the Black Dragon. Enraged by the invasion, this descendant of the white-winged Dragon, comes under the protection of Abaharaki, the ruler of a neighbouring country that also opposes the Black Dragon. But Van is a maverick and a loner, never opening up to anyone around him. The Black Dragon wants to excavate a terrible weapon, a dragon armour that, during the ancient wars, is believed to have burned all of Gaea. To prevent the Black Dragon from attaining such extraordinary power, Abaharaki makes a desperate attack. Meanwhile on Earth, young Hitomi seems to have lost her will to live. When she wants to end it all, a mysterious power takes Hitomi to Gaea. She doesn’t know that she’s the key to shaping the destiny of this world. The other key to the salvation of Gaea is a legendary white dragon armour. Its name is… Escaflowne. With Escaflowne, the festival can present another great anime of quality. But unlike Vampire Hunter D, the product of a Japanese-U.S. joint venture, Escaflowne is pure Japanese. It shows a poetic sensibility that is often lacking in American animation, obsessed with providing family entertainment. Director Kazuki Akane, doesn’t have to care about being “politically correct”. He allows himself the luxury of taking liberties with the popular tv-series, on which the film is based, to create a more personal film.