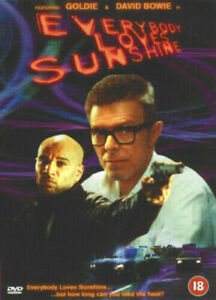 Two sleek black Jaguars cruise through Manchester, pumping loud beats from the sound system. People turn and stare. They have been waiting for this day – friends, family and enemies alike. The Warlords are out and ready to take control.
There’s a war going on in the North of England. Estates like Pepperhill used to belong to the Warlords but now the Triads are taking over. They grew stronger and more daring while Terry and Ray were inside. But now the G Men are home and Terry wants his old territory back. It’s about power, it’s about respect, it’s about territory. Cousins and lifelong friends, Ray and Terry have always trusted and relied on one another, but now Ray is talking of breaking the rules. He doesn’t want to play gangster anymore, he is looking for something else, something legitimate. He wants out – he’s spent his life with a gun in his hand and now it’s time to stop the killing and make a life. To Terry, Ray is more than family. He’s everything. This isn’t about betrayal. It’s about obsession. He’s determined to make sure that Ray never leaves the gang.
Everybody Loves Sunshine is an uncompromising and explosive account of urban warfare and the fear-driven gang loyalties which perpetuate it. Where a fight to get even becomes a fight to get out.