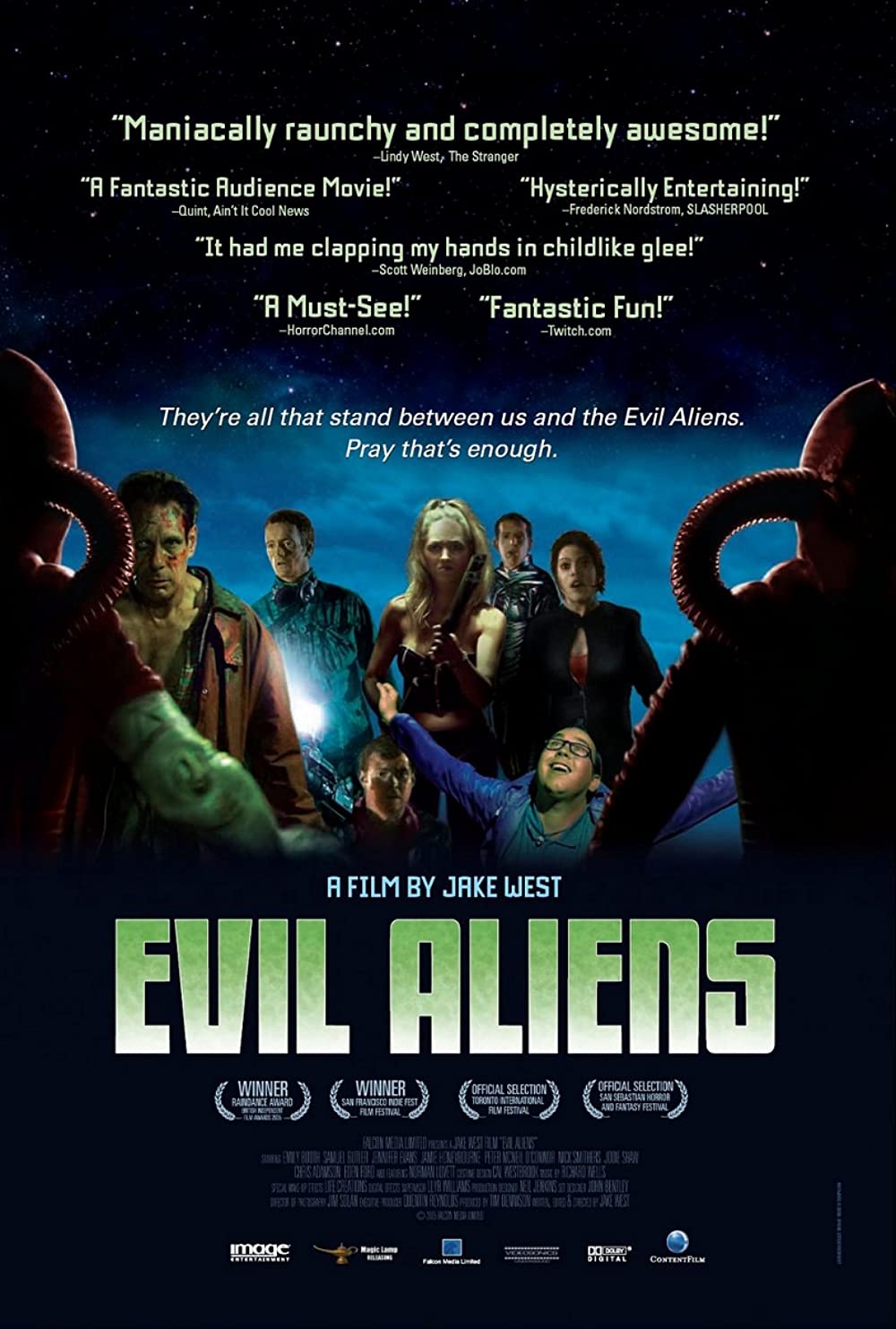 Scalleum is a remote farming island off the north coast of Wales, only accessible at low tide via a causeway known as the Devil’s Spine. The island is also home to an ancient stone circle known as the Devil’s Teeth. This provides the sinister setting for the terrifying Alien abduction of local farm girl Cat and her boyfriend Angelo. Weird World is a cable TV show that’s having problems with its ratings. Presenter Michelle Fox will have to come up with something special. She puts a team together to investigate the Scalleum incident. It’s an intriguing story with a twist, as Cat claims to not have just been abducted by aliens but also impregnated by them. Michelle doesn’t believe a word of her story, but she’ll do anything to keep her job, even faking evidence. And then the real stars arrive. They aren’t friendly. In fact they are pure evil ! From the very first anal probing, director Jake West ( Razor Blade Smile ) lays the groundwork for a messy, bloody and hilarious ride on a genre rollercoaster. Already compared to the early splatter work of Sam Raimi and Peter Jackson, West’s film is populated with lunatic characters stuck in equally outrageous situations. Evil Aliens is first class jawdropping midnight madness that will make you watch the skies in fear.