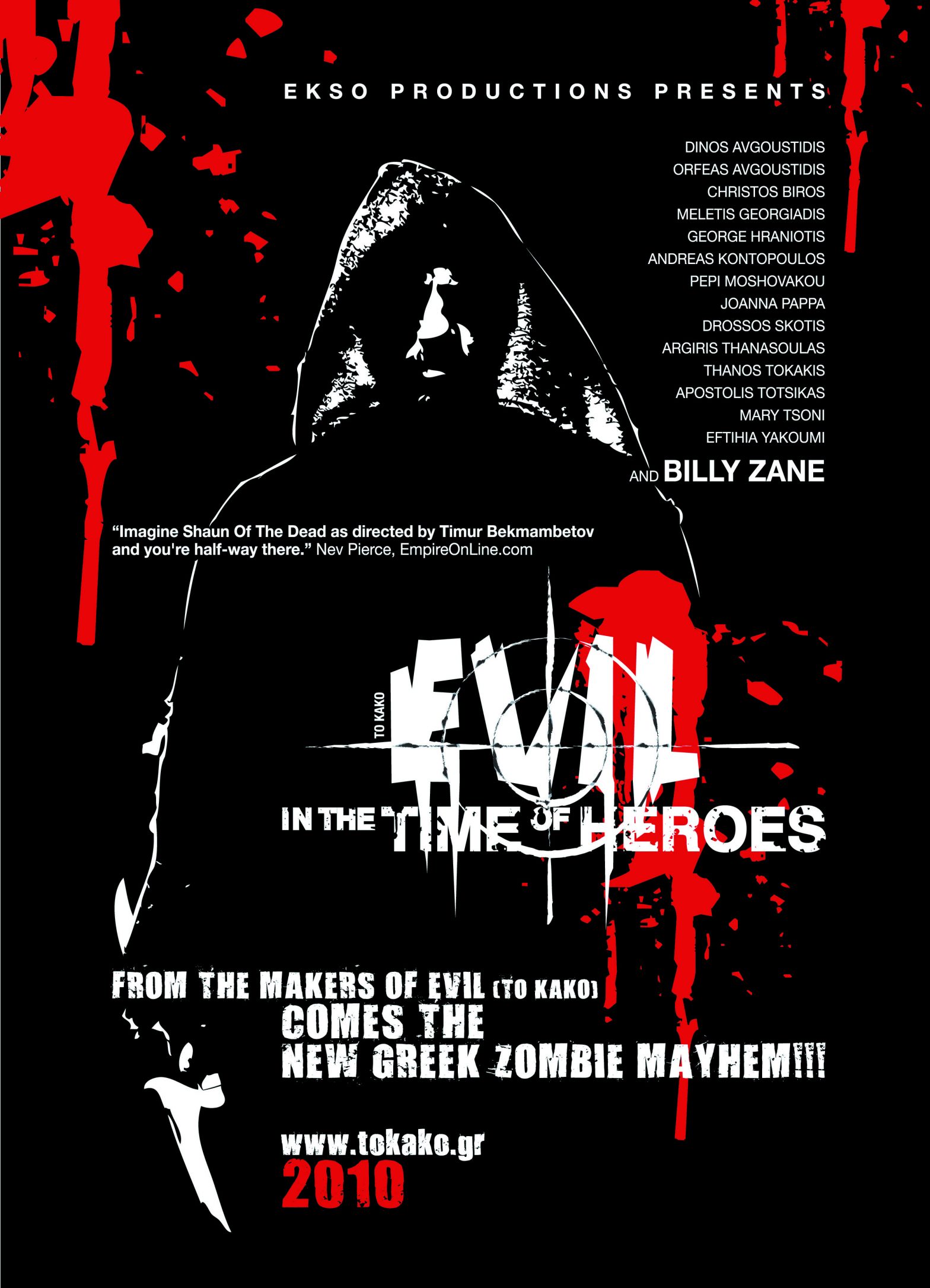 EVIL – IN THE TIME OF HEROES

Although the Athens marathon takes place in November, some relentless people decided to begin sooner. When you have zombies chasing you, you don’t have much choice, do you ? Besides, our improvised athletes – easily recognizable because they have their arteries still intact and a brain instead of the liquefied tarama pudding that their assailants have in their jar – vary the pleasures : red light/green light to avoid being shot like rabbits by khaki wearing louts fueled on retsina, show jumping ( arms torn off, ok… but chest removal, that’s more vicious ) or even riddle solving with the local mystery guest. This one – the little joker – took advantage of a hole in his spatial-temporal agenda to put Athens destiny into the hands of an an unemployed taxi driver. But given the speed of their assailants, the rest of the team now fears that they’ll have to sign up for the Paralympics.… Having nothing to do with “The Attack of the Giant Moussaka”, Yorgos Noussias presents us with a completely crazy sequel to his To Kako ( Evil, 2005 ). It’s a true discovery that manages to bring something fresh to a genre that has already been squeezed like a lemon. Eventually, this Shaun of the Dead with gyros sauce is a bloody riot that doesn’t take itself very serious, especially not with Billy Zane ( Titanic ) in full Yoda mode.