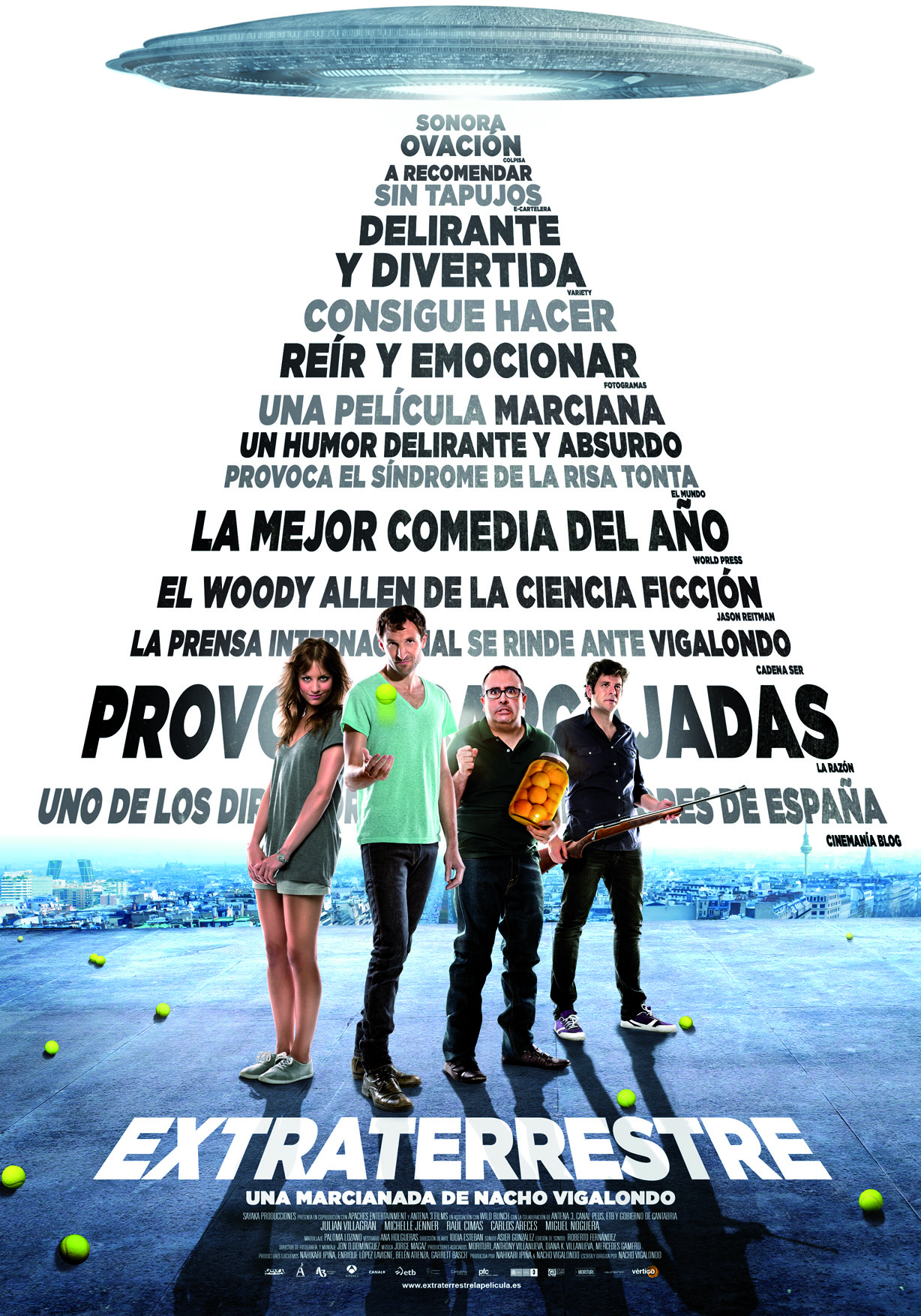 After a night of partying, Julio awakes in a flat without knowing where he is or how he got there. Its beautiful inhabitant is called Julia and hasn’t a clue either about what happened last night. After a few uncomfortable moments, Julia wants to leave but then something unexpected catches their attention. There seems to be nobody outside on the streets and above the city floats a giant spaceship. All communication seems to be cut off, with the exception of the radio, which transmits that everybody has skipped town while they were in their drunken slumber. Yet they’re not the last ones left, as Julia’s creepy neighbor joins them. And he’s clearly not happy about Julio’s presence. Things get even more complicated when Julia’s boyfriend also shows up. Can Julio and Julia hide their “probable” night of passion while at the same time dealing with the prospect of an alien invasion ? Nacho Vigalondo’s long feature debut, the original and innovative Time Crimes, left quite an impression at the BIFFF in 2008. It’s successor, Extraterrestrial, is an entirely different kind of movie. It’s a charming romantic comedy against the background of an alien invasion. And, contrary to what you might expect, it’s not the extraterrestrial visitors who are stealing the show, but the human drama that takes place in one small flat, while the fate of the world hangs in the balance. Starring Carlos Areces, the sad clown from Alex de la Iglesia’s A Sad Trumpet Ballad, as Julia’s stalking neighbor Angel.