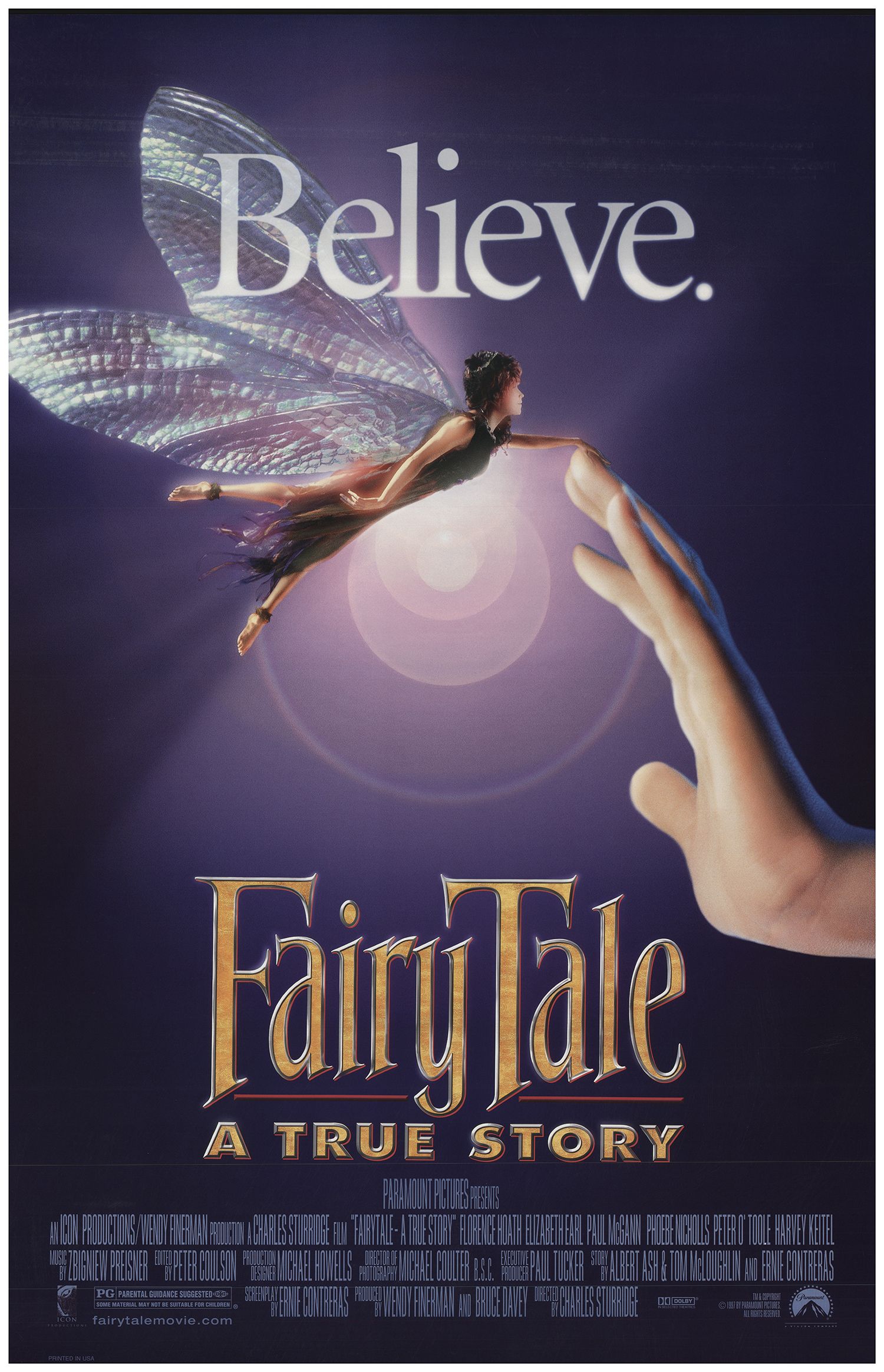 For almost a century, children and secretly many adults have answered Peter Pan’s entreaty to save the fairy Tinkerbell with resounding applause. In the dark of the theater, in that one magical moment, it is a very powerful thing to believe. But what happens when that belief is carried into the light of the real world? In the summer of 1917, in the midst of the Great War, ten year-old Frances Griffiths sat clapping furiously in her seat as Peter Pan flew across the stage at the Duke of York Theater in London. Just for those wondrous few minutes, she was transported away from the reality of her missing soldier father and her new life as a war orphan and into an exuberant world of innocence and hope. Frances could not have known then that in a few short months she and her cousin Elsie would bring others hope as they stood at the center of one of the 20th centuries most incredible controversies, a controversy that would have some of the greatest minds in the world, including Sir Arthur Conan Doyle and Harry Houdini, wondering if they too should dare to believe in fairies.
Director Charles Sturridge (Gulliver’s Travels) has fashioned an elaborate film fantasy from this real-life tale. He tracked down the house where the girls had lived and found the son of Elsie Wright, played in the film by Florence Hoath. The son gave Sturridge access to all of Elsie’s notebooks, papers, the family photograph albums, and her autobiography. Peter O’Toole worked with Sturridge on Gulliver’s Travels, and the director felt he would be just right for the part of Arthur Conan Doyle, who was a tall, patrician, successful upper middle class Englishman. For Houdini, Sturridge selected Harvey Keitel (The Piano, Reservoir Dogs, Pulp Fiction).