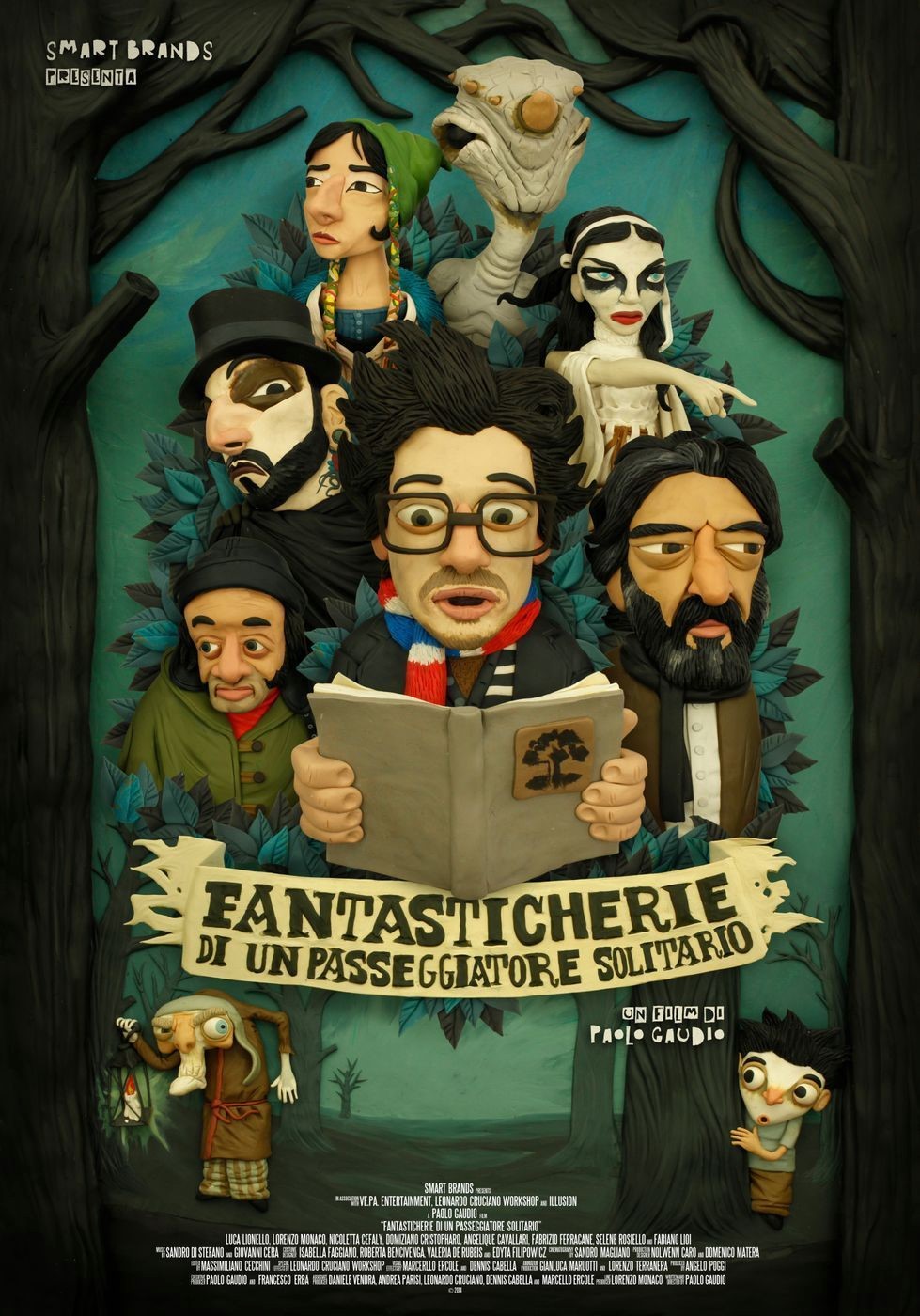 Books that were never finished; literature has plenty of them: Kafka’s Amerika, Albert Camus’ The First Man, Hemmingway’s The Garden Of Eden, Robert Musil’s The Man Without Qualities… The title of this movie also refers to a book that was never completed: “Reveries of a Lonely Walker” by the French philosopher Jean-Jacques Rousseau.

In Fantasticherie Di Un Passeggiatore, Paolo Gaudio’s first long feature, we follow three characters that are influenced by Rousseau’s words: a poet obsessed by the reveries, a young student and a child in the woods. Each of these characters gives their interpretation of the unfinished masterpiece. Every segment is also recognizable by its own style, partially animation, partially live action. Paolo Gaudio is a true enfant terrible of Italian animation movies. With his passion for comics and his knowledge of philosophy, he creates a unique style, combining the visual richness and accessibility of animation movies with the depth of literature and philosophy. His debut is a bold and imaginative film and most probably the first of many more to come.