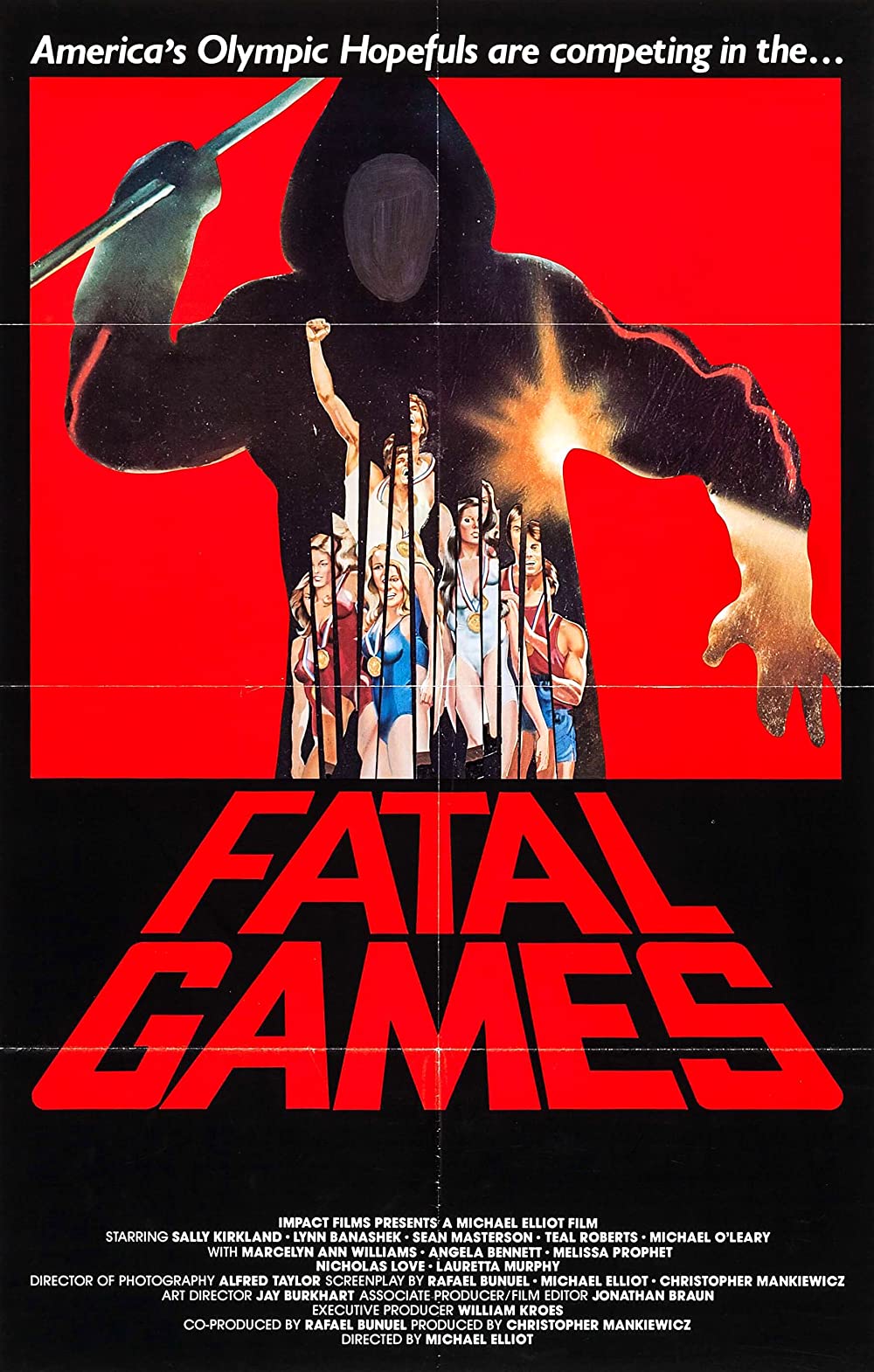 Winning is the only thing that matters for the young athletes who are getting ready for the Olympics. But at the Falcon Academy of Athletics the first price for these ambitious youngsters might be death. The selected athletics have a tendency to disappear. And when they find them back, they have a blue-greyish blush on their cheeks that is typical for a corpse. Who is the murderer? Is there a connection between the program put in place by Dr Jordine, which enables the sportsmen and women to increase their performance by administering steroids and chemical stimulants?
Michael Elliot made a nice debut in the world of fantastic with Fatal Games. He got the help from two screenwriters of famous lineage: Raphaël Bunuel and Christopher Makiewicz. Fatal Games was cleverly directed, nicely impersonated and beautifully shot. The film describes an actual theme in a convincing way.