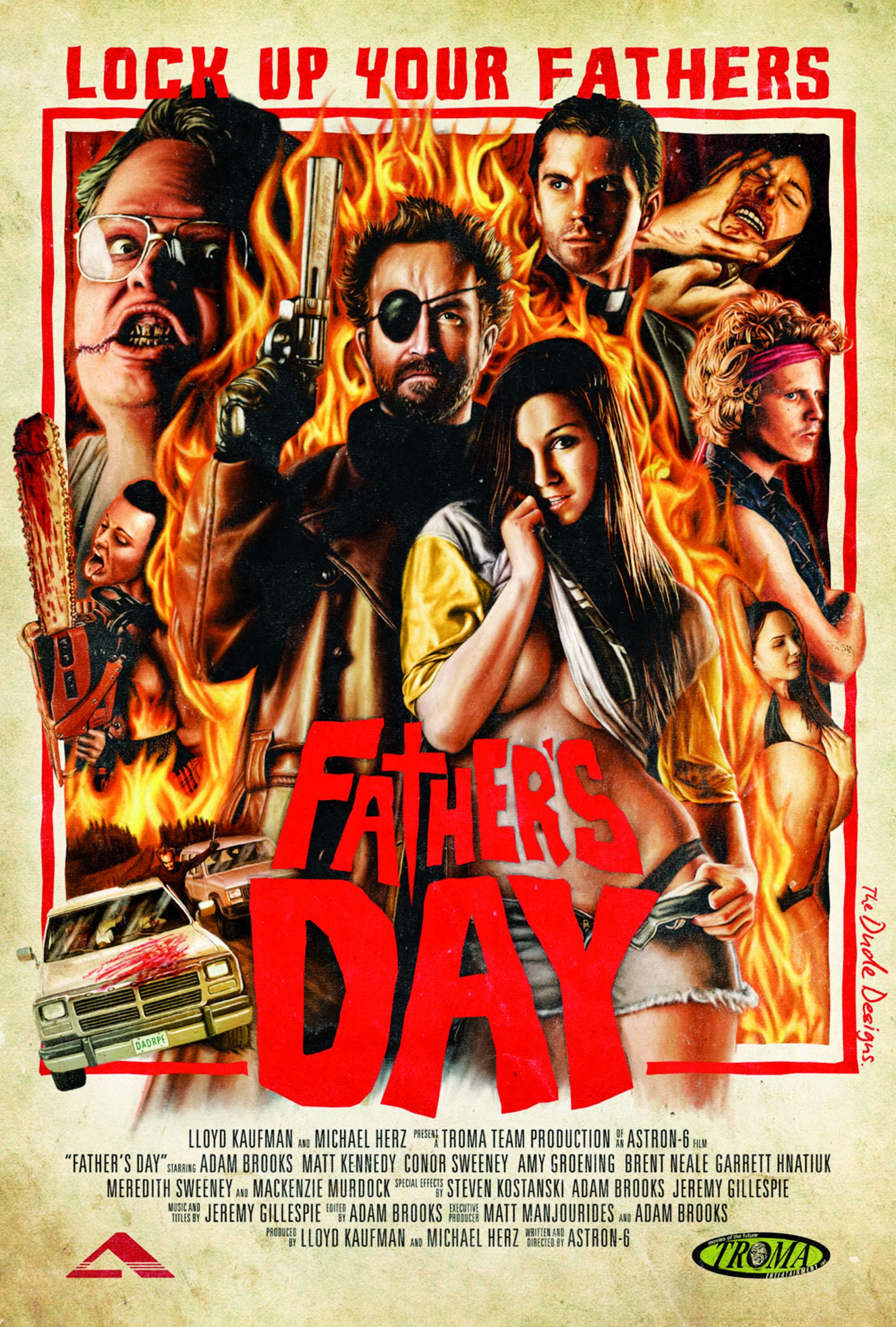 What? You…you do not know?? The vile Fuchman is back! The worst father serial-fuckerrapist- cannibal has started killing middle class fathers again and is preparing them steak tartar style! Father Sullivan who already confronted the Fuchman, knows only one man capable of turning him into a vegetarian. This masked avenger is called Ahab. But he has left civilization and has isolated himself in the rugged Canadian wilderness, where he has found peace of mind by producing maple syrup. Father O’Flynn, a young catholic priest, is summoned to bring back this lost sheep to the fold before the Fuchman’s final act of sodomy. Because it is out of the question for the Lord to work in such devious and disgusting ways! A sick, depraved, vulgar, ultra-violent, amoral piece of pixels that will guarantee a legion of outraged evangelical Christians armed with rotten eggs and stink bombs in front of the BIFFF gates… that can only be the latest Troma movie! It’s from 2007’s Poultrygeist that we had a product of America’s most notorious independent film studio on the program. Astron 6, an artistically incorrect collective from Winnipeg, is responsible for this bold and ironic homage to the grindhouse films from the seventies and eighties. Gratuitous nudity, bitten-off penisses, cannibalism, tons of excessive violence and a double role of Troma chief Lloyd Kaufman as God/ Satan… It doesn’t get any better than this for a Midnight Movie Extreme.