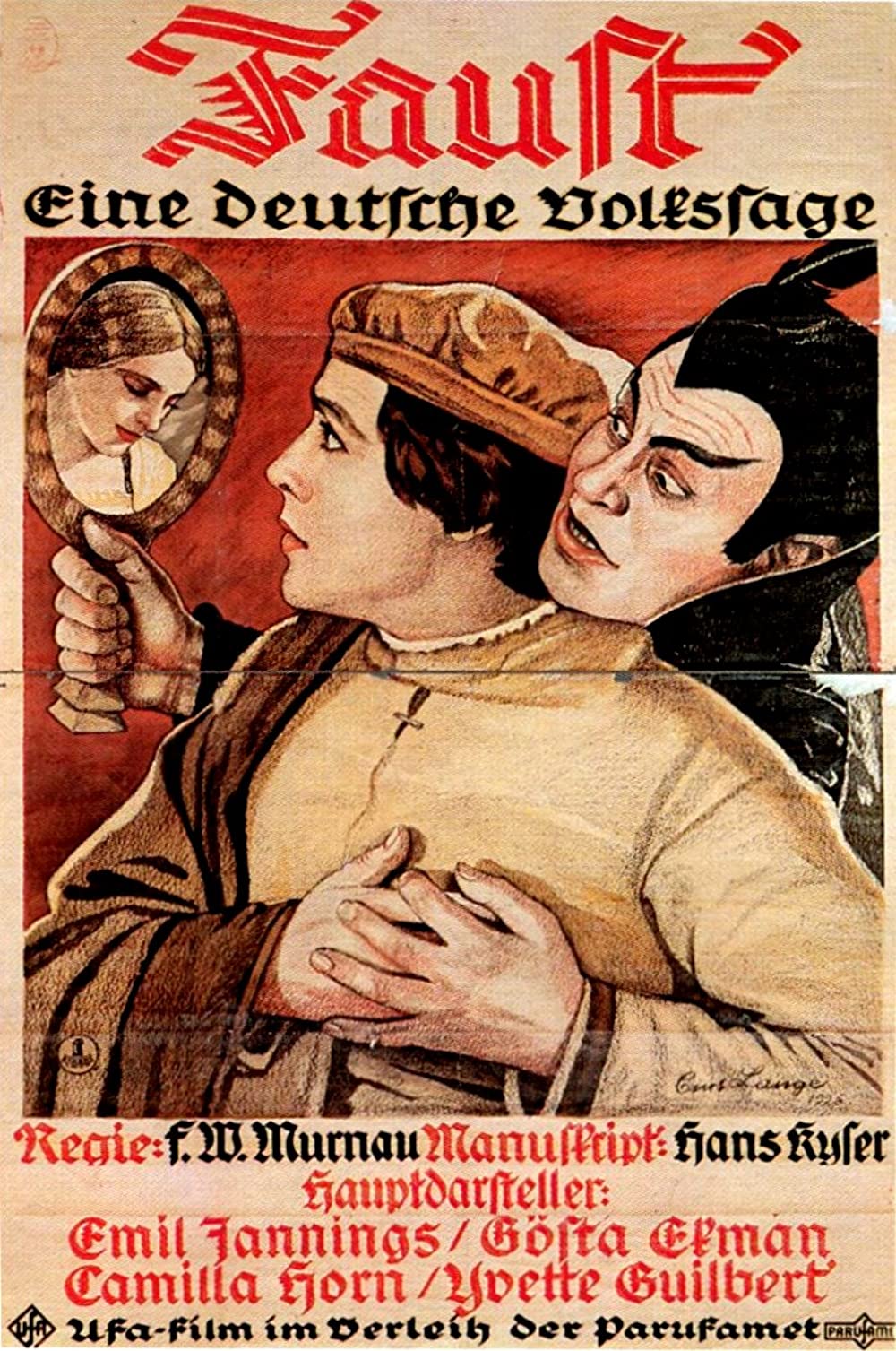 FAUST by Friedrich A. Murnau

After a meeting between God and Mephisto, the demon does everything to seduce Faust, to make a bargain with him and even take him under his wing. Finally, Faust travels to Europe and meets the Duchess of Parma. Faust, made in 1926, was the last film of Friedrich Wilhelm Murnau in Germany. It is the last manifestation of his cultural pessimism, a bleak look at the social and political downfall of Germany. A country torn apart by the consequences of the First World War and the misery that followed it. His first American film, Sunrise, came out one year later: Only twenty years are between Faust and the work of Méliès: years in which cinema blossomed. Murnau movie is still the definitive version of Faust.