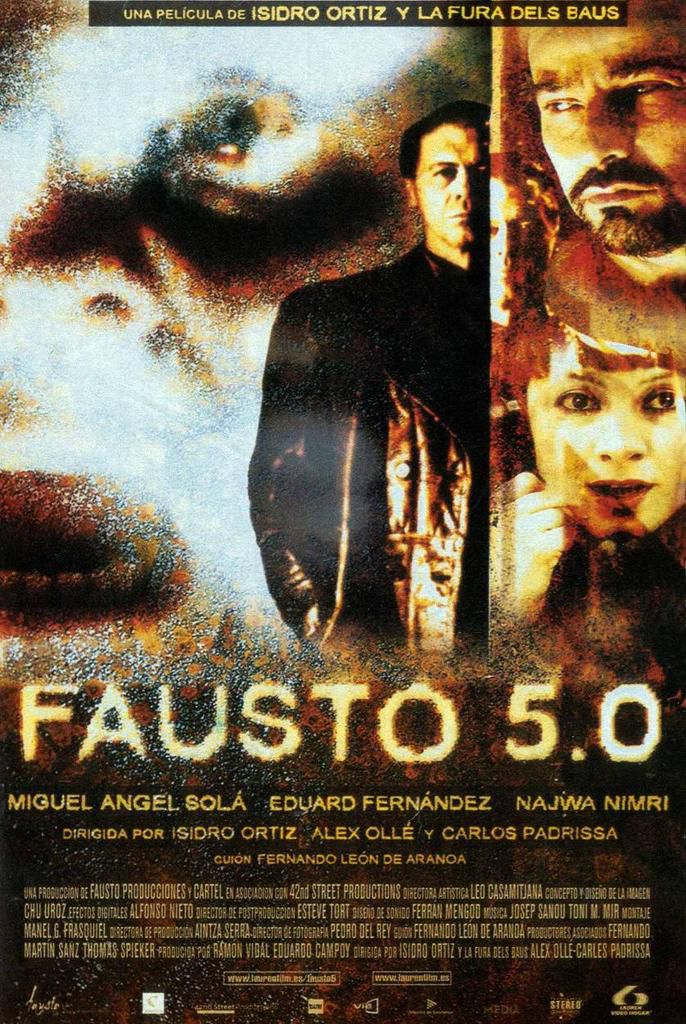 Doctor Faust, a well-known doctor specialising in terminal medicine, is immersed in a deep depression. Wrapped up in routine and soulless work, he’s turning into a living corpse. The only contact with reality is his assistant Julia, the only person who perceives the changes that Faust experiences. In a city that is diseased and exhausted, the doctor attends a convention on terminal medicine. Arriving at the station, he runs into Santos, a former patient of his. Eight years earlier, Faust had given him just a few months to live. At first, Santos is a kind of irritating shadow who does not hesitate to interfere in the doctor’s life. Then he makes an amazing proposition. Santos is capable of turning any of Faust’s desires into reality. But what seems a unique gift is in reality the worst of nightmares. Faust 5.0, set in an undefined time period in which aesthetic elements from the past alternate with an imagined future, is directed by the famous Catalan theatrical group La Fura dels Baus. It’s the third part in a trilogy based on the Faust legend, the first being a theatrical play called “Faust Version 3.0”, followed by the opera “The Condemnation of Faust”. Directors Isidro Ortiz, Alex Ollé and Carlos Padrissa wanted to show that, because we all have opposing visceral and cerebral tendencies, there’s a Faust in all of us,. With Miguel Angel Sola (El lado oscuro del corazon), as Faust, Eduard Fernandez (Los lobos de Washington) as Santos and Najwa Nimri (Abre los ojos, Los amantes del circulo polar) as Julia.