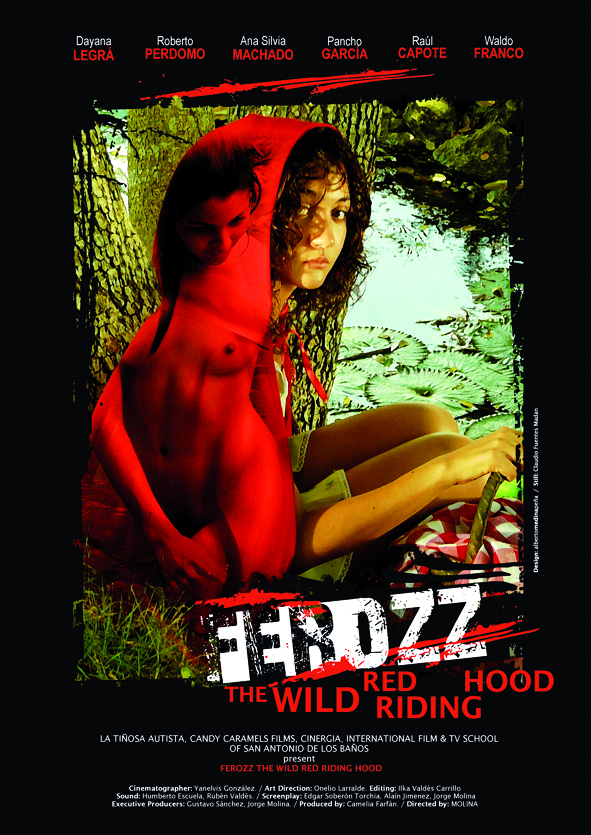 Grandmother is a real pain in the ass. She’s always giving her daughter-in-law Dolores a hard time, even getting her son Lucio to rape her on the dining table. All of this in front of Miranda, her granddaughter, and retarded Dully, the incestuous side-effect of Lucio mistaking his mother for his wife. Two years later, Lucio has kicked the bucket, Grandmother has been exiled to a hut in the middle of the jungle and Dolores can finally live in peace with daughter Miranda and uncle Innocencio ; the only other psychologically stable family member, if we leave his Satan worship aside. Time goes by peacefully. Dully relieves himself on a regular basis in front of bathing nymphets and Miranda secretly cultivates her nymphomaniac neurosis. Then Dolores decides to send her to Grandmother’s place with a basket full of food. Miranda unwillingly dons her red hot riding hood and sets off alone in the forest. If Charles Perrault had read Nabokov’s Lolita before writing his Red Riding Hood, the odds are that Jorge Molina and he would have been as thick as thieves ! Molina, a cinema teacher in Cuba and diehard fan of horror flicks, injects this universal tale with a severe dose of symbolism and eroticism which would have surely pleased Walerian Borowczyk, the legendary x- rated movie troublemaker. With Ferozz he has created a fierce and disturbing piece of art.