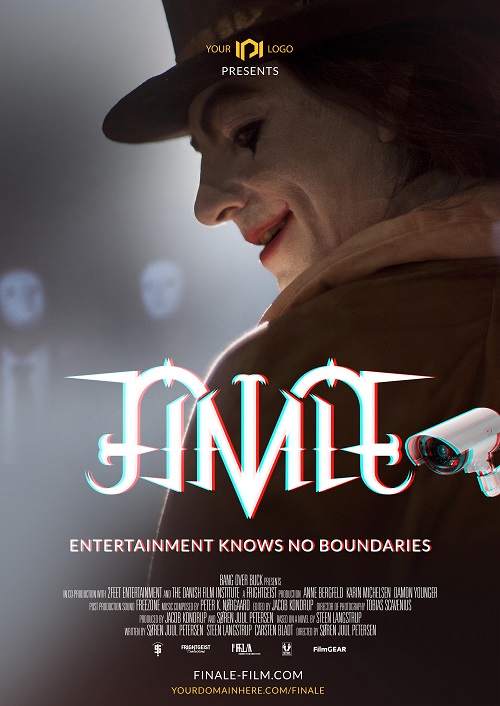 All of Denmark is sitting back on its butt. The streets are emptier than North Korea’s treasury because just about everybody is glued to their television sets to witness the biggest sports game of the year. Except for two young women (blonde but not brain dead) in a service station in the south of the country, close to the German border. The client is king and it just wouldn’t do to deprive the nation of liquids (I’m talking gasoline, you disorderly drunkard). Ambitious Agnes, the prototype of the bright brainiac, is in the annex putting the finishing touches to her thesis, whereas belligerent Belinda is telling her boyfriend what’s what over the phone. Sadly, the quiet night they were looking forward to turns out completely different. Without bothering to ask their consent, a sadistic sicko has decided to cast them in a dangerous game, one with far fewer onlookers… FINALE is a devilishly smart Danish addition to the torture porn genre. You know: HOSTEL, SAW, THE DEVIL’S REJECTS and other WOLF CREEKS. It combines the extreme horror of those movies with the Scandinavian tradition of stylish crime dramas. Add impressive visuals and a fine soundtrack and you get a movie experience that will make your blood run cold!