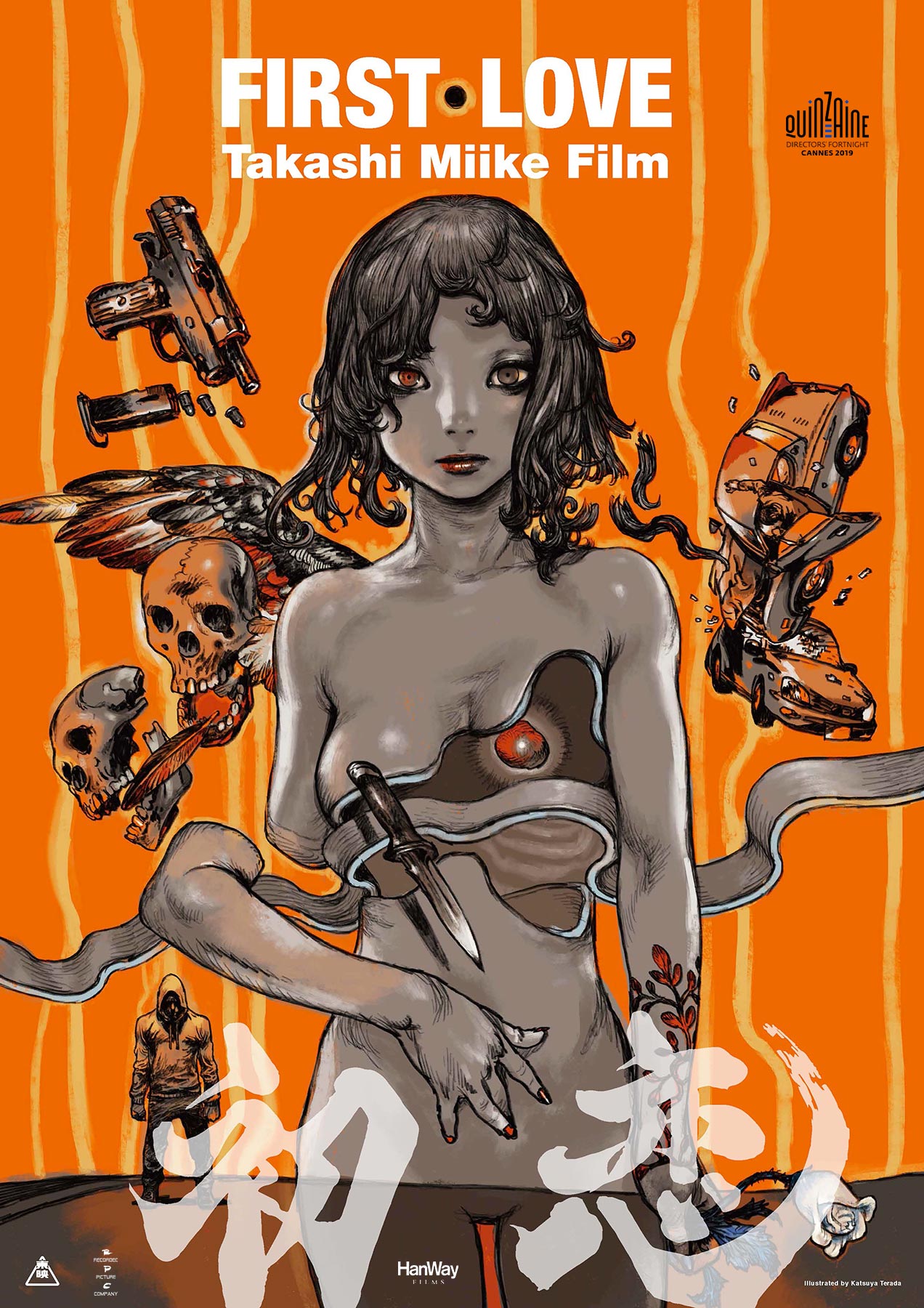 Maestro Maniac Takashi Miike is turning 60 this year, with double as many films to his name – yup, that’s 2 films a year since his birth! – but he’s not thinking of quitting: “I’ve got the feeling I’m going downhill physically so I have to keep on filming as long as I can. I want to speed up, not slow down”. As long as you keep on giving us stuff as FIRST LOVE we’re in for the ride! Leo is a promising young boxer, but one day life gives him the ultimate uppercut: he’s diagnosed with an inoperable brain tumor… Dazed and confused he wanders the streets until a woman is running towards him, chased by a not very kosher looking man. Bam! One critical hit later the man’s lying unconscious and Leo’s in the middle of a feud between ku-raaazy criminals. But what the hey, he’s only got a few more days to live anyway! Miike returns to his first love indeed: the yakuza tough guys of GOZU (BIFFF 2004) or DEAD OR ALIVE, but the criminal underworld has changed quite a bit: the yakuza lose more and more ground to the Chinese triads, young ambitious members don’t care about tradition to get what they want… Is Miike gettin’ a touch sentimental? “The most important thing is humanity” says one Chinese gangster to Leo… right before jumping into an over-the-top climax full of gushing blood, samurai swords and life-saving cocaine!