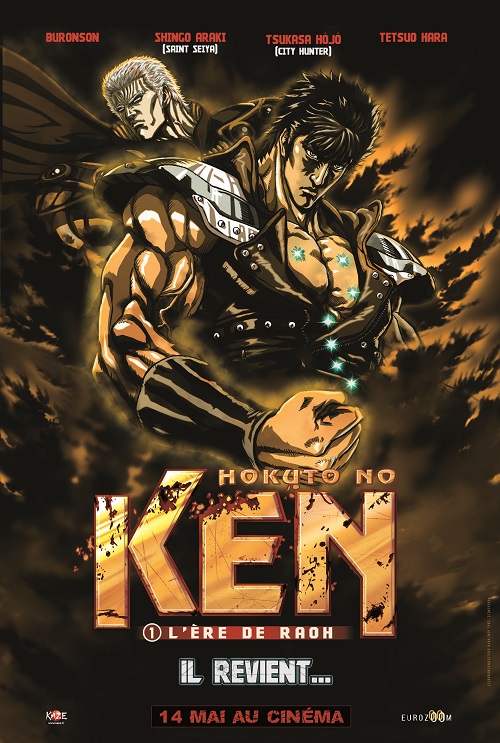 FIST OF THE NORTH STAR: LEGEND OF RAOH, CHAPTER OF MARTYRED LOVE

Ravaged by an atomic holocaust, the Earth has become barren. The strong survive by preying on the weak, personified by the tyrant Souther, who wants to extend his reign over all that is left of humanity. Standing in his way are the three brothers of the North Star, Ken, Raoh and Toki. They use the secret martial arts style of Hokuto Shinsen that allows its practitioner to destroy an opponent’s body from within by striking into their secret channelling points, often resulting in a violent death. Ken, Raoh and Toki use their skills to protect the innocent against the numerous minions of Souther. First of the North Star is not the best known manga or anime series in the low countries. This is really an injustice, because Fist has a lot of cult potential, with its outlandish graphic violence, surrealist mythology and its nightmarish universe. Now you’ll get a chance to discover the roots of this highly popular series. Fist of the North Star : Legend of Raoh is the first in a series of five anime’s that wants to restore the splendour and mayhem of the original manga that previous animated versions were never able to obtain. What we’ll find is a mix between Mad Max and Conan the Barbarian, with delirious violence and attitudes so macho they seem to originate from prehistoric times.