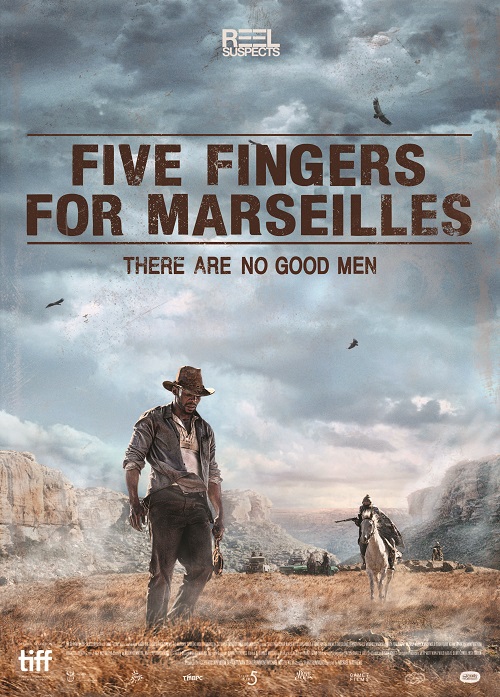 They were five innocent kids, living in a township stuck to the city of Marseilles (South Africa). Fed up with police oppression in the middle of Apartheid, they defended themselves with harmless slingshots. Until the fatal day when one of them took a weapon and sent two white cops six feet underground. His name was Tau and nobody has ever seen him since… Twenty years later, Tau is back in town. Incognito. Keeping a very low profile. His friends are still there, they became mayor, cop and priest. The fifth one is at the cemetery. Nobody forgot what Tau did and nobody forgave him either. The city has changed, however: Even after the end of white oppression, corruption is still well established and Ghost, the new self-proclaimed sheriff, has put everyone on a regime of terror… Tau only seeks the calm and redemption of his friends. Over the last twenty years, he has piled up enough bullshit, not only to fill an entire prison but also to receive a nickname that shudders the entire country: the “Lion of Marseilles”. And nobody wants to wake the beast… Five Fingers for Marseilles, a clearly tribute to classical westerns, transposes Sergio Leone’s mythical universe to post-Apartheid South Africa with its majestic landscapes. Michael Matthews can be proud of his debut feature : complete immersion in the story, very present archetypes, polished plans that are waiting for a harmonica fragment to enter legend; this modern version of the lonely cowboy will inspire awe and admiration!