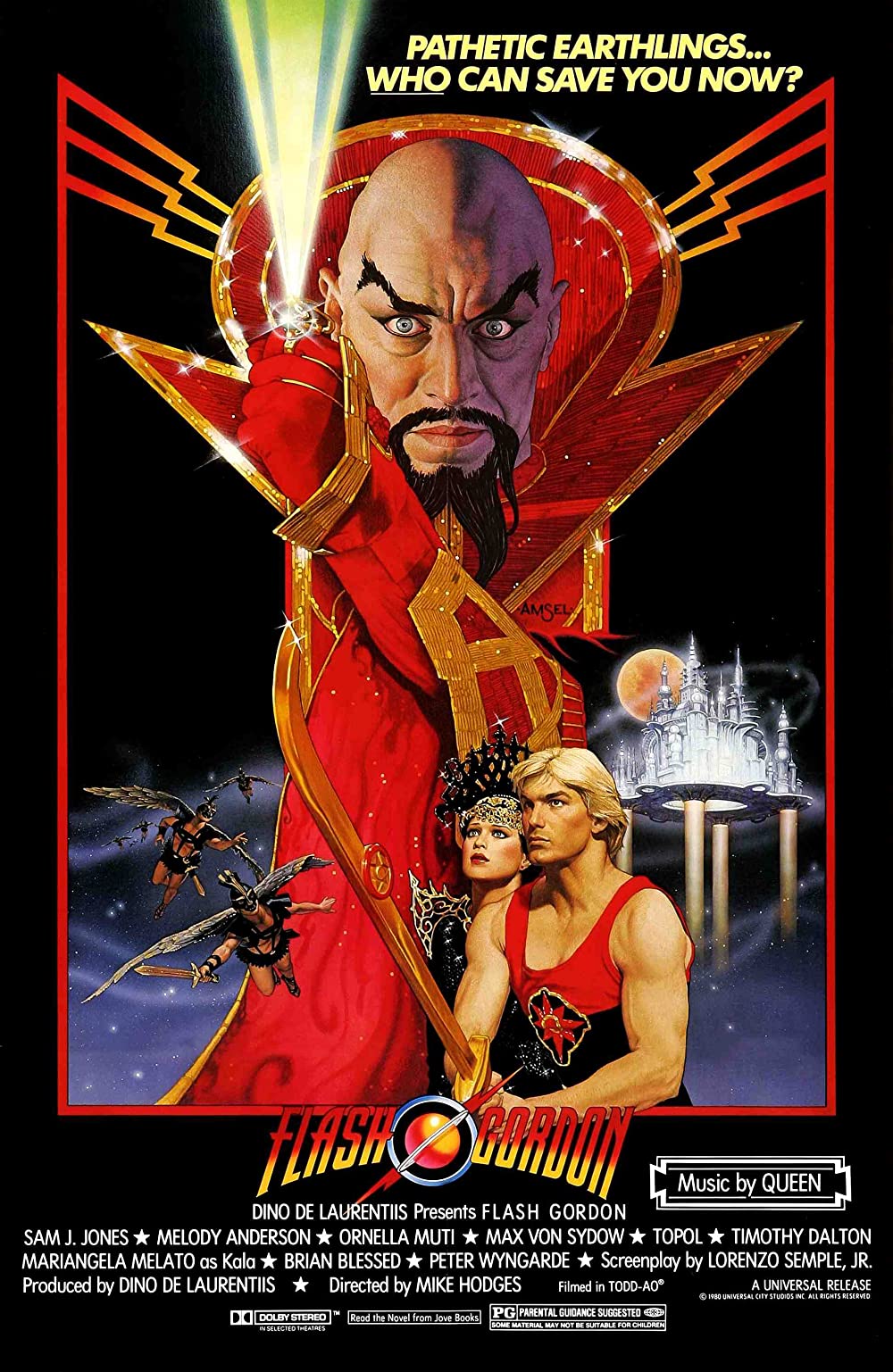 Published in 1934 and originated from the imagination of American drawer Alex Raymond. Flash Gordon, the sensual Dale Arden and dr Zarkov fight the abominable Emperor Ming who wants to destroy our good old planet earth.

The character of FLASH GORDON quickly conquered the screen. The first versions, full of humour, where childish, this one from the eighties has more modern resources. The film honours the classical rhythm of a comic book. Thanks to the artistic contribution of Danila DONATI the film was a complete success. The immense futuristic decors with psychedelic input and the costumes have an enormous impact on the film.