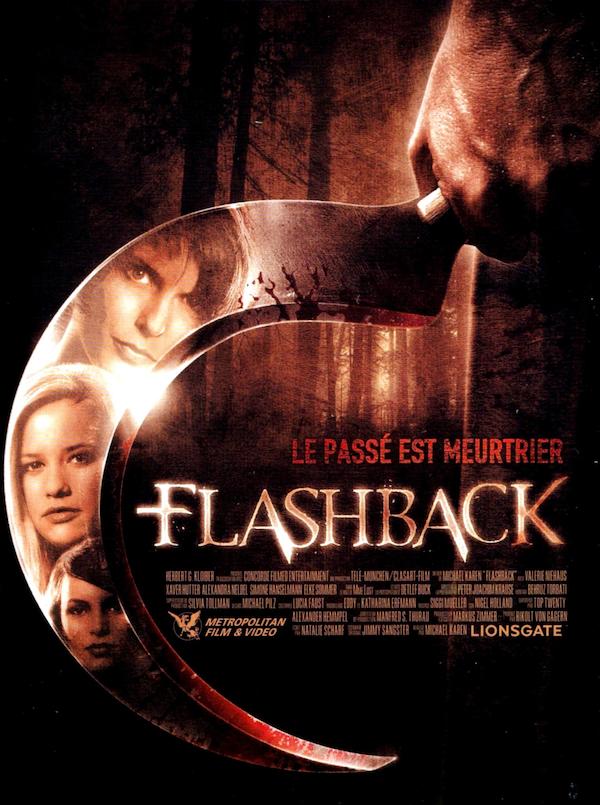 As a child, Jeanette was forced to watch her parents brutally slaughtered by a serial killer famous for wearing women’s clothes while hacking people to death with his sickle. Now at the age of 22, Jeanette is ready to start a new life and leave the asylum she’s been in since her parent’s murder. But her past seems to be following her as people close to her turn up dead one by one. Now she must find the truth by revisiting her past… and find herself confronted with an end nobody would have expected. After having earned his spurs in television, Michaël Karen decided to adapt a script by grandmaster Jimmy Sangster for his feature film debut. This scriptwriter was one of the cornerstones of Hammer horror films. Classics such as The Mummy and Frankenstein flowed from his pen. With Flashback, he makes a foray in the realm of teen horror. Together with co-writer Natalie Scharf, he’s responsible for a screenplay that leaves meaningless violence aside to concentrate on the psychology of the characters.