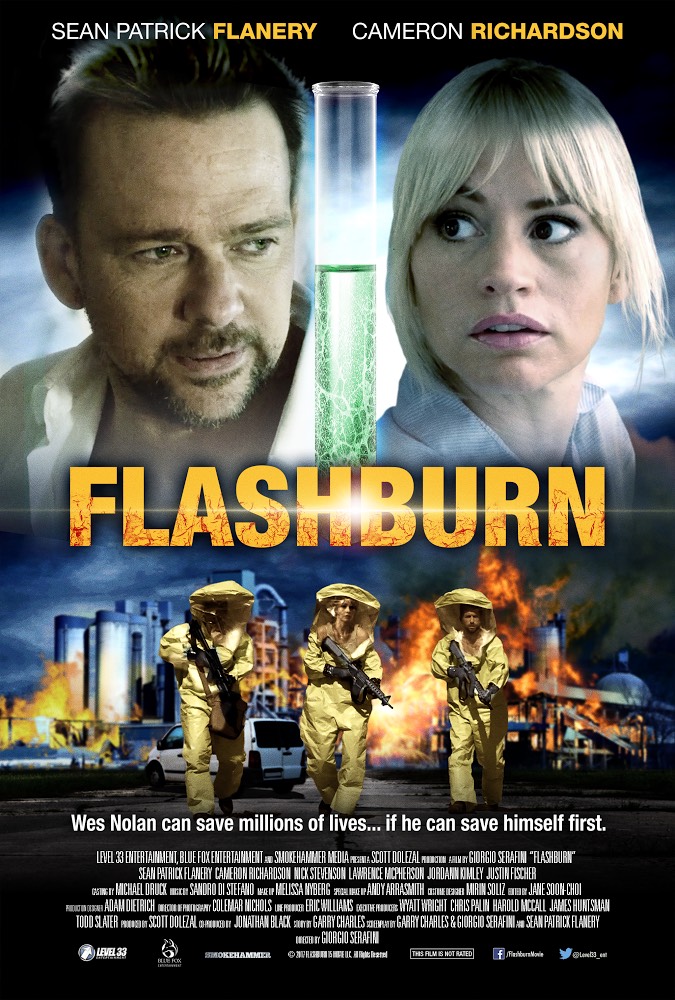 A man wakes up behind the wheel of an SUV. He has a hell of a hangover and there’s a trickle of blood running down his forehead. He can’t recall anything. Did he hit the bottle a bit too hard ? And how did he end up in an empty warehouse, with an electronic ankle bracelet and a face he doesn’t recognize ? Turns out he’s a microbiologist who has to find an antidote against the Ebola virus that’s threatening to wipe out mankind. Every so often he blacks out and has to relaunch his investigations from scratch. Luckily there’s Lazarus, the mysterious female voice that guides him through the process but never materializes. Is she really who she pretends to be ? Flashburn deals with the implications of deadly viruses that spread globally like wildfires. But don’t expect a dry doom and gloom scenario, rather a taut existential thriller about a man racing against time. A few years ago, the Belgian- American filmmaker Giorgio Serafini surprised the BIFFF audience with The Between (2013) and he’s also collaborated with stars like Wesley Snipes (Game of Death), William Shatner and Christopher Lloyd (Senior Moment). This time around he can count on Sean Patrick Flannery (Dexter, Saw 3D : The Final Chapter) as the mad scientist who gradually comes to his senses.