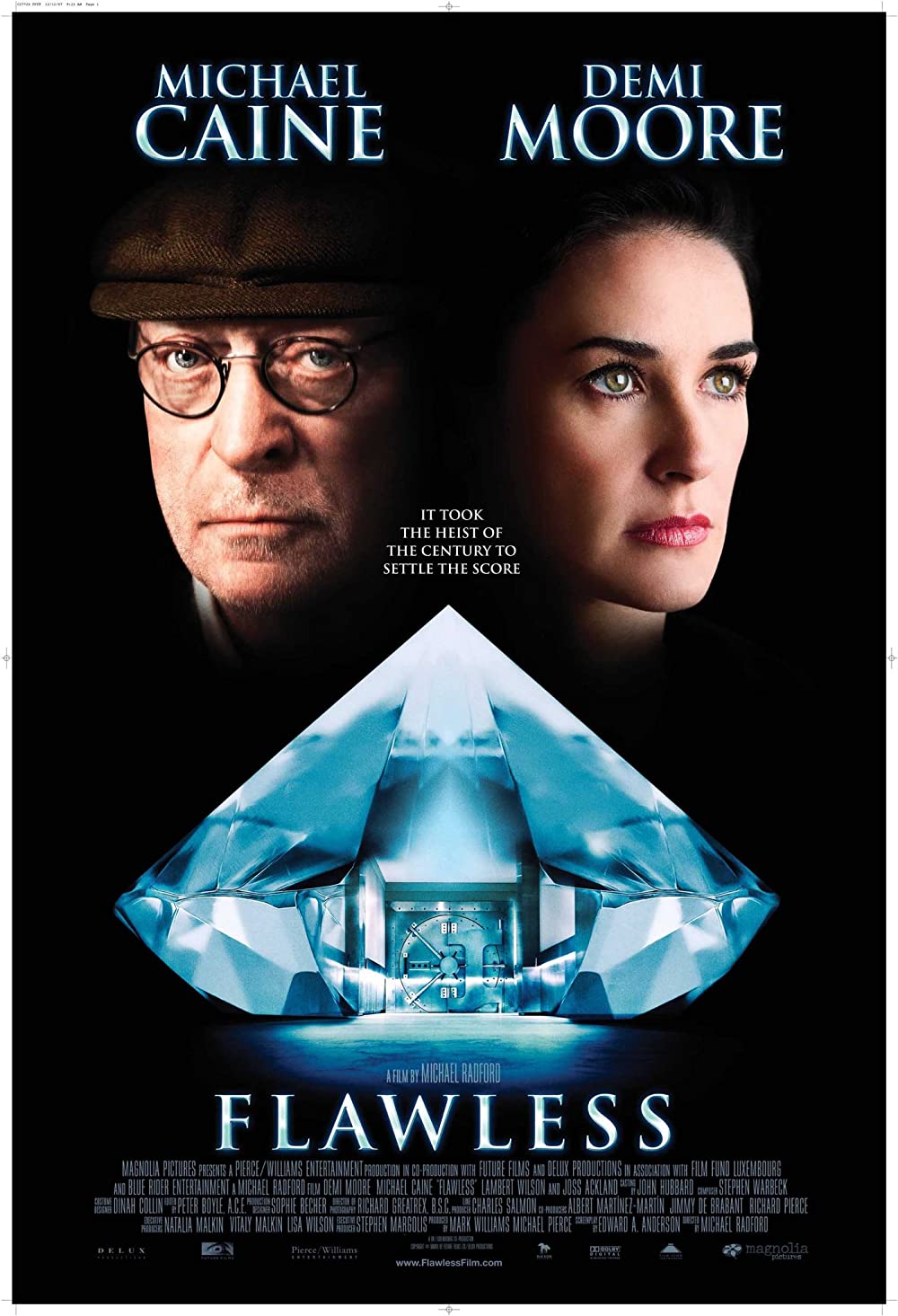 “Will my pension be sufficient to have a comfortable retirement ?”, is a question that many ask themselves. So does Hobbs. We’re in London, 1960. There’s no economic crisis, but since he’s only the janitor and his pension is coming up, it seems like a sensible question. A little extra money would be most welcome. Now Hobbs isn’t just a janitor in any ordinary place. He works for the London Diamond Corporation and he hears a lot of things while sweeping the corridors with his broom. That’s why he knows that pretty and ambitious Laura Quinn, who’s been expecting a promotion for years ( but let’s face it, she’s “just” a woman and we’re in 1960 ), is about to get fired. She’s really furious when he tells her. So Hobbs offers Laura to become his accomplice in building up his retirement fund and getting her a golden parachute ( or should we say diamond parachute ? ). Demi Moore and Michael Caine definitely are an attractive leading couple. In addition, we savor the fact that this isn’t Caine’s first robbery flic and that his best movies date back from the 60ties, the period in which Flawless is set. Even though this film requires him to trade his usual elegant suit for an overall, his talent for portraying slightly cynical men less innocent than they appear, is once again confirmed. It’s not the first time either that Demi Moore partners up with Caine. They already starred together in Blame It On Rio. As an anecdote, Moore found it so difficult to develop a British accent, that the writers decided to add a line specifying that she was an American living in London.