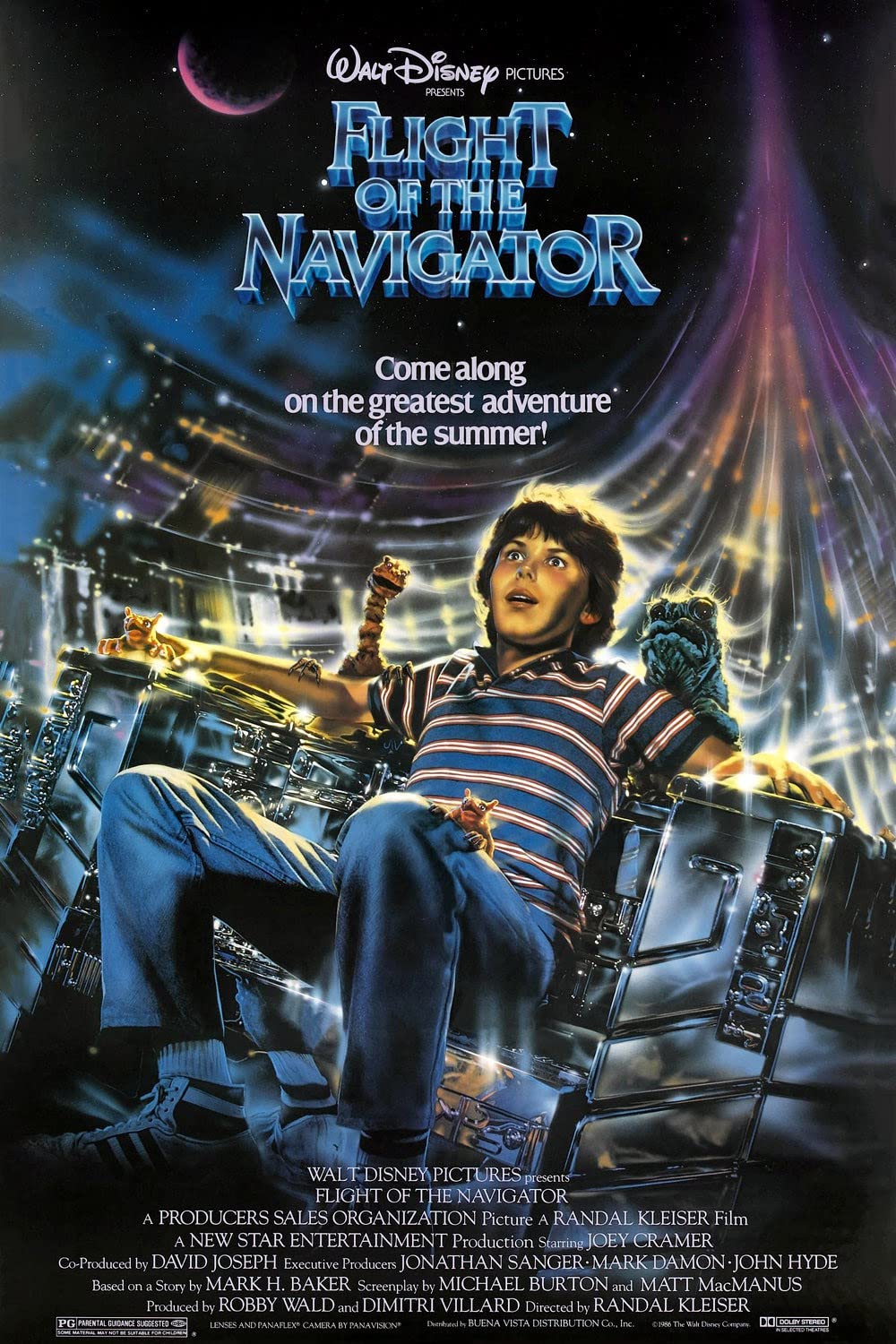 FLIGHT OF THE NAVIGATOR

Twelve-year-old David falls in the woods and faints… When he wakes up, it is dark. His parents must be worried, he hurries up home and… finds out that his parents do not live there (anymore, yet?). Chaos!
Police “take him in” and discover that it has actually been a while since his parents stopped worrying for him: they think him dead. He was missing for eight years!
He comes together again with his aged parents and his little brother who is now five years older than him. He naturally becomes of high interest for scientists, who study him; his memory contains treasures of information. Actually, David wondered for eight years in stardust!
No one will ever see the aliens who kidnapped David: at the most will they be judged for their superior intelligence through the computer which controls the spaceship-taxi, omniscient, psychologist, which has a very serious dose of humour and even allows itself to be sentimental! As for the ship itself, it does not at all look like the broken-down monsters from Star Wars and Star Trek…
You must probably be sick of kids who hang around with robots, invaders or computers; and rightly so! Still, you should see Flight of the Navigator, one of the best surprises of 1987 Cannes market. Extremely well performed, offered with original special effects and “design”, based on a very inventive storyline and full of humour, it was successfully directed by Randal KLEISER, who is not used to this category: light years went by between this movie and his previous film makings (Grease, The Blue Lagoon).
Even though the movie’s protagonist is unquestionably the young David (Joey CRAMER; Runaway, The Clan of the Cave Bear), the actors around him are not that unknown: Veronica CARTWRIGHT (Alien, Invasion of the Body Snatchers), Cliff DE YOUNG (The Hunger, F/X)…