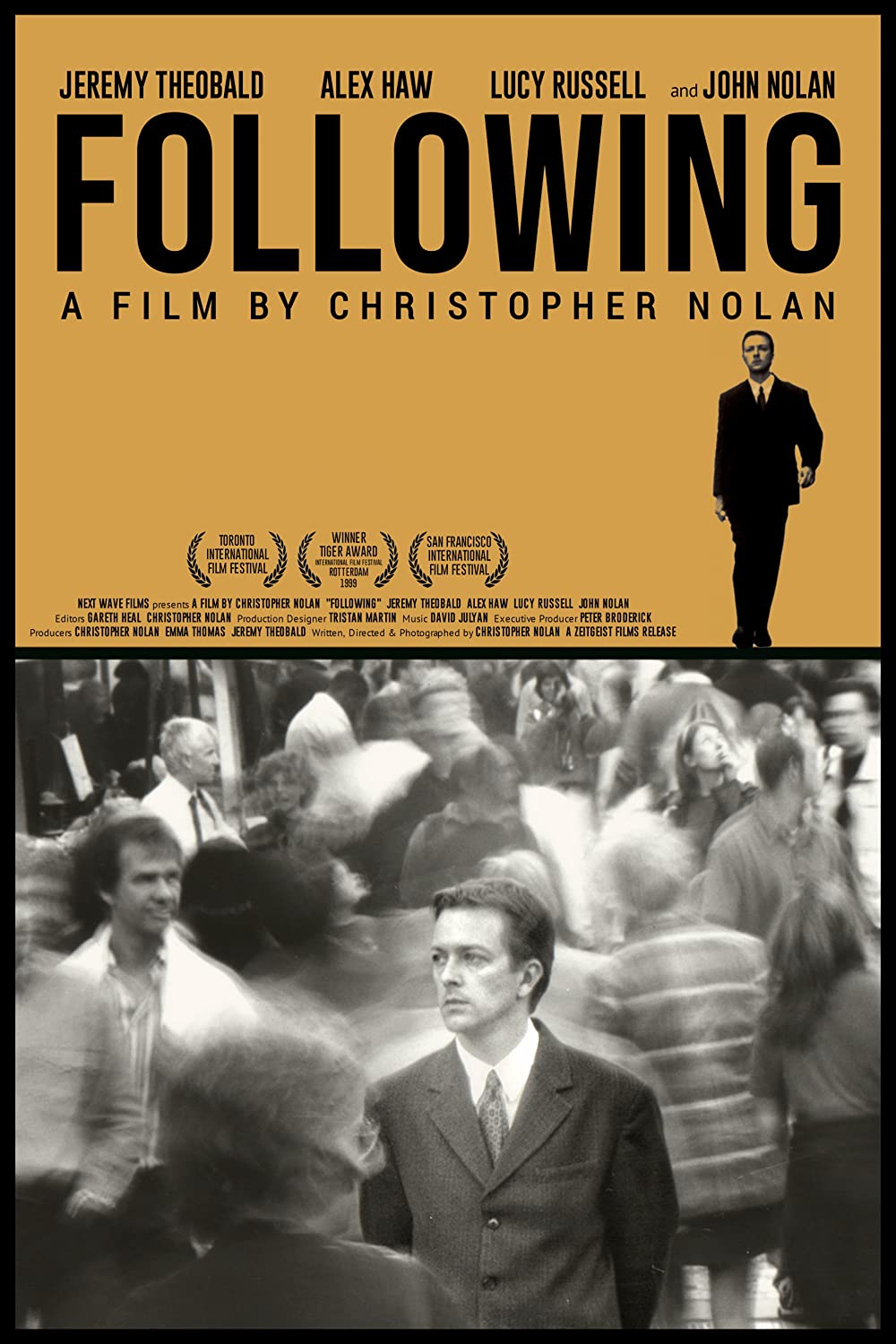 Bill is an unlikely hero. He’s unemployed, pretends to be a writer and has just started following strangers. He explains this unusual habit as research for his writing. But it’s obvious that his obsession emerges from the need to fill his lonely hours. One day Cobb, one of his victims, a charming gentleman-burglar, catches him. Cobb reveals that he too fills his days with trespassing boundaries. He’s a burglar whose greatest thrill consists of uncovering his victim’s secrets. Cobb invites Bill to join in and soon Bill is breaking into houses and lunching on stolen credit cards. Cobb is partly his mentor, partly his confessor and partly his evil twin brother. Following, the remarkable debut film of Christopher Nolan, occupies a precarious no-man’s land between popular thriller and art film. It’s an exhilarating game of mazes and deceptions that keep the spectator guessing throughout the movie. Nolan keenly obeys the three sacred rules of film noir : a vamp, a manipulator and a victim. Nothing distracts the viewer from the tantalising intrigue set up here, with the usually intractable cityscape of London reduced to sparsely populated cafés, clubs and flats. It’s a world of mysterious, disquieting corners with more than a tang of Godard’s vision of Paris in Alphaville. Following was shot over weekends on 16mm black-and-white stock, with a minimum of lighting and a next-to-nothing budget. His unfamiliar cast acquit themselves well in a simple naturalistic style, letting action define their characters.