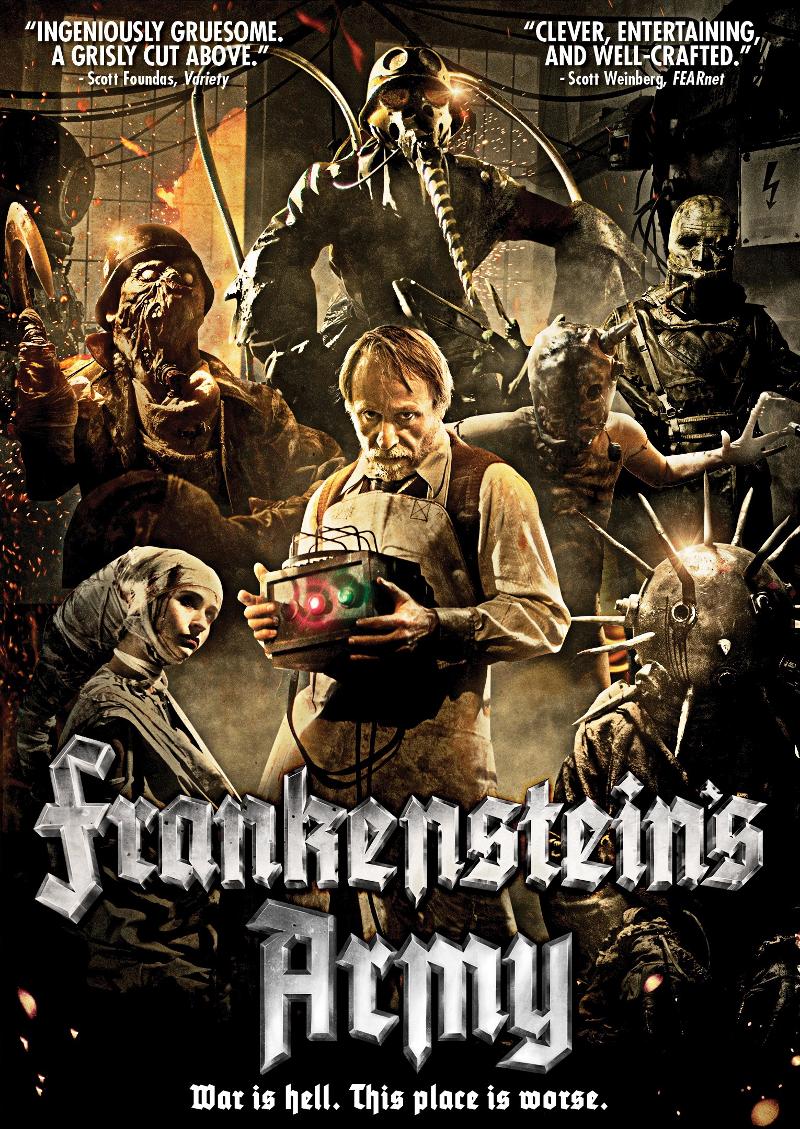 The last days of the Second World War. A propaganda filmmaker follows a Russian army reconnaissance unit on their patrol. On their journey through the war-torn landscape, they encounter strange skeletons of dead German and Russian soldiers. They pick up a distorted distress call from another unit and decide to come to their aid. The signal leads to an abandoned church, which has been converted into a laboratory of sorts. When they investigate the tunnels beneath the building, they are attacked by deadly and bizarre creatures, which seem to have been created from combining human body parts with Nazi weaponry. The squad gets picked off one by one. Their only way out is to head for the center of the underground network. There, they’ll have to face Dr Frankenstein, a German scientist whose mind is so mad and twisted that even his own father wanted to lock him away for life in a mental institution. But the good doctor has no plans of surrendering. He’ll unleash his most diabolical experiments on the soldiers, all for the glory of the Third Reich. Remember the Nazi-Zombies from Dead Snow ? Well, a long time before that, one courageous Dutch filmmaker worked for years on his dream of bringing undead fascists to the big screen. A teaser clip of decaying SS-troopers parachuting down over the Netherlands went viral before “viral” even existed. After ten years in the making, Richard Raaphorst’s Frankenstein’s Army has finally been completed. And the result is pure eye candy for genre fans. The monsters are truly impressive creations and the result of good old fashioned prosthetics and props, without any CGI. Raaphorst wrote the script together with Chris W. Mitchell ( Süskind ) and Miguel Tejada-Flores ( Beyond Re-Animator ). Czech actor Karel Roden ( Hellboy, The Bourne Supremacy ) is outstanding as the manic Dr. Frankenstein. Get ready for a serious guts and gore feast, rich in blood-soaked humor, starring Crypt Monster, Machete Zombot, Propellorhead and Mosquito !