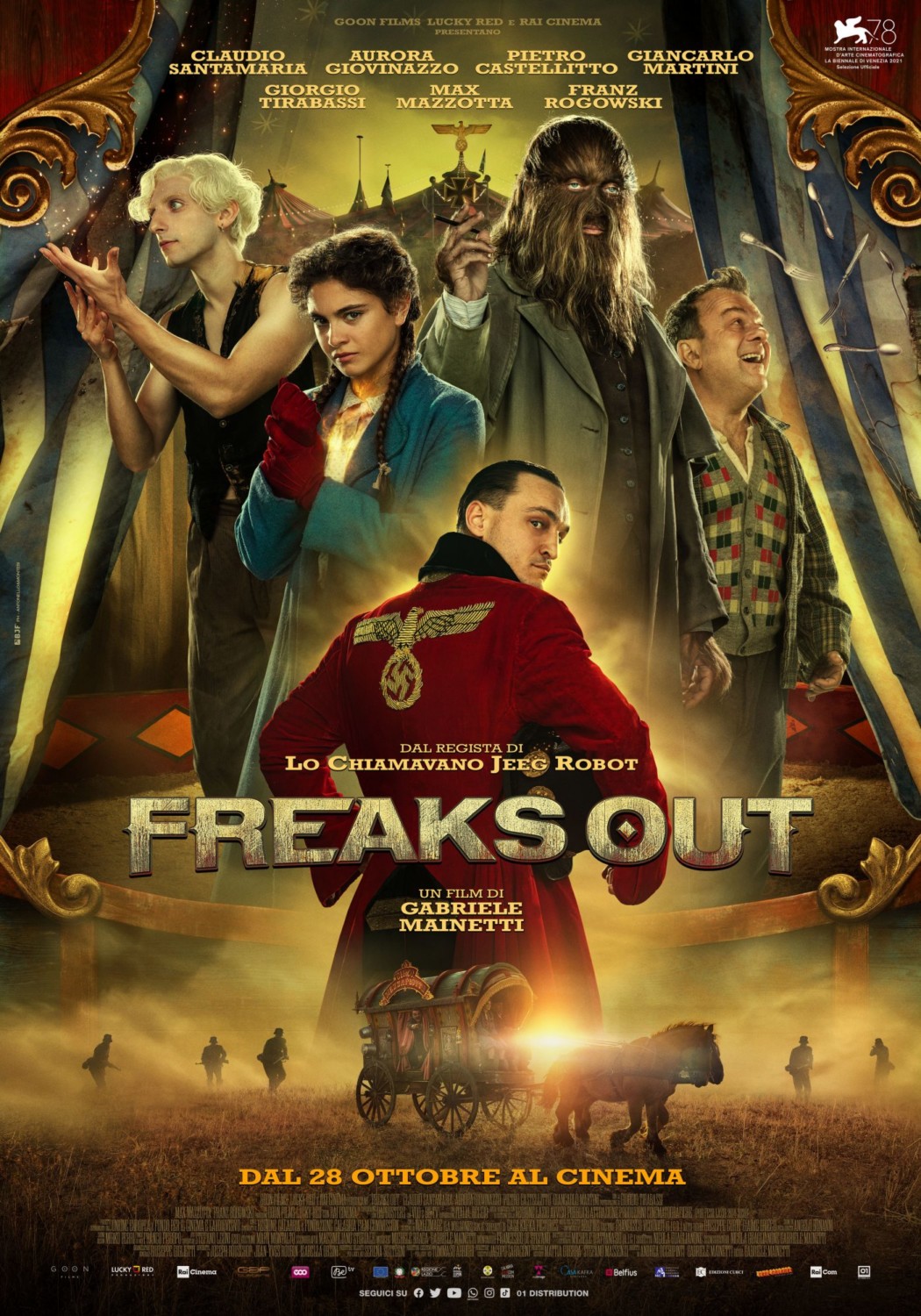 1943. While Nazi troops occupy Italy, civilians desperately try to flee the country by the thousands. Among them, Matilde, Cencio, Fulvio and Mario, circus creatures, fairground freaks who are henceforth without a job and without their cherished ringmaster Israël, who left trying to negotiate one-way tickets to the US for the group. In these troubles times danger lurks everywhere, so it’s a good thing our band of eccentrics have super powers. Though they try to stay under the radar to not attract too much attention to themselves. Too late! Franz, a loyal servant of the Reich and a six-fingered pianist who can see into the future, has already set his mind on capturing them. ‘Cause you see, he has seen that the future wasn’t looking too bright for his fellow Adolf fanboys (though he probably wasn’t able to see all the way to 2022) and the only way to turn the tide is to create a mutant army to overthrow the Allied forces. “Marvelous!”, “A revolution”, “The biggest blockbuster Italy has ever known”, “Exceptional!”, “A love letter to movie magic”… We could go on, but you got it: FREAKS OUT is a masterpiece that wears its lyricism on its sleeve and in scope format. After THEY CALL ME JEEG, Gabriele Mainetti mixes several influences (Todd Brown’s FREAKS of course, but also X-MEN) and masterfully injects them in an epic historical fresco that grabs you by the throat. A Belgian co-production that is as thought-provoking as it is all-out fun!