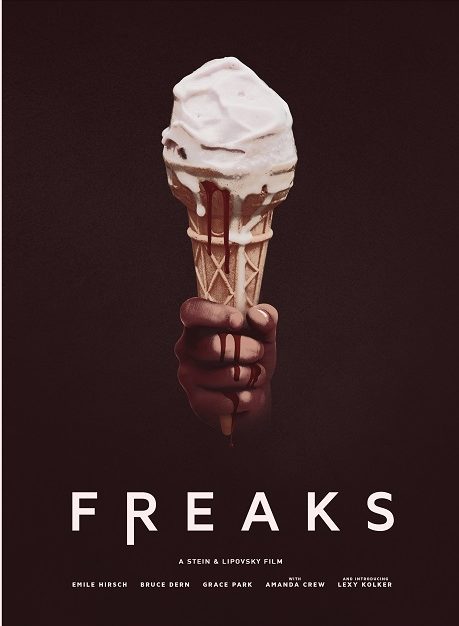 What begins as a seemingly simple and predictable story, unfolds into a rollercoaster of emotions and plot twists. Seven-year-old Chloe and her father live in an old and decaying house. Chloe has never set foot outside because her father frantically warns her that outdoors there are “bad people” who’ll want to kill her. Only if she’s “normal” enough, she’ll get to leave. The mysterious Mr. Snowcone leads her into temptation and lures her outside, where it doesn’t look half as dangerous as her father warned her against. But maybe he was right all along? Directors Zach Lipovsky and Adam B. Stein were inspired by the policies of sitting American president Donald Trump. Apart from an incredibly pertinent theme, we see some BIFFF regulars on screen: Emile Hirsch, Chloe’s father, featured in THE AUTOPSY OF JANE DOE last year and in KILLER JOE in 2012. Bruce Dern, who plays Mr. Snowcone, was seen in CUT BANK in 2015. FREAKS begins in the modest way of ROOM but ends up being a true action thriller in the style of X-MEN. But even this description isn’t accurate enough. You’ll have to go and discover it for yourself!