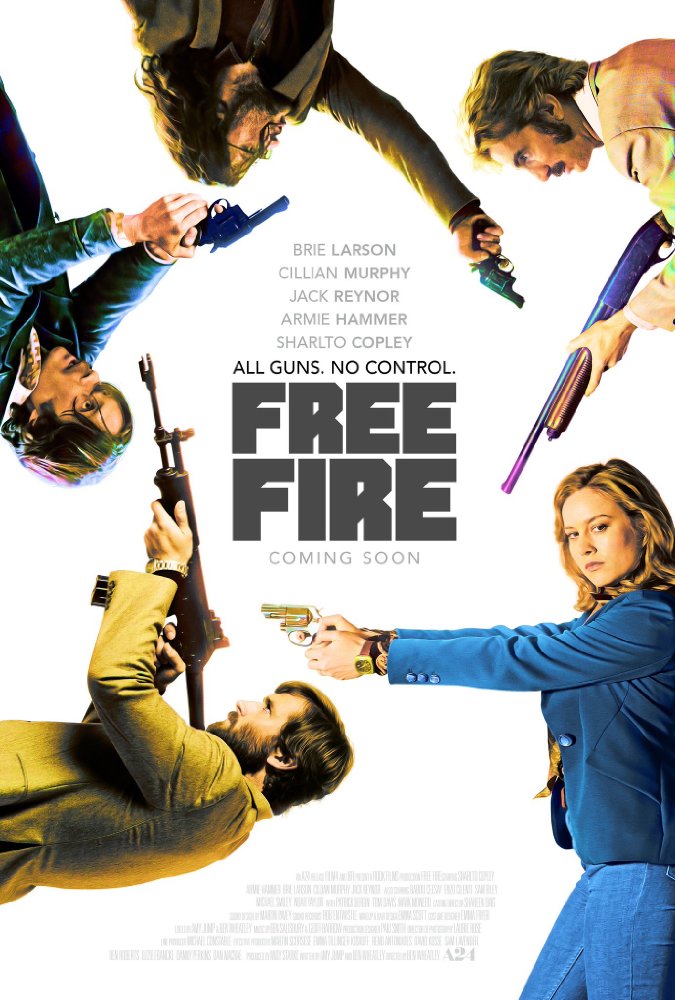 1978, an abandoned warehouse in Boston. Justine plays matchmaker for a juicy weapons deal. One one side there’s Chris and his friends of the IRA with a briefcase full of dead presidents. On the other side there’s Vernon, the weapon dealer, nervously guarding crates of Kalashnikov’s, while they had explicitly ordered M16’s. The tension is so palpable that they would all better open the windows instead of their mouths. But since these hotheads are not the kind to waste idle words, things will soon get messy. A single bullet fired by a shaky trigger finger will transform the warehouse into a war zone that would make Aleppo look like Disneyland. After the mindfuck that was High-Rise, Ben Weathley completely switches gears and takes on Guy Ritchie and Quentin Tarantino in the competition for the coolest exploitation movie. With his single phrase pitch, “failed weapons deal going berserk”, Weathley presents us the ballistic equivalent of a punk concert, infusing his characters with pitch black humor. And they’re interpreted by an all-star cast (Cillian Murphy, Sharlto Copley, Brie Larson and… we’ll stop there for lack of space) that will try to kill each other with class. No wonder Martin Scorsese was the executive producer of this insane project.