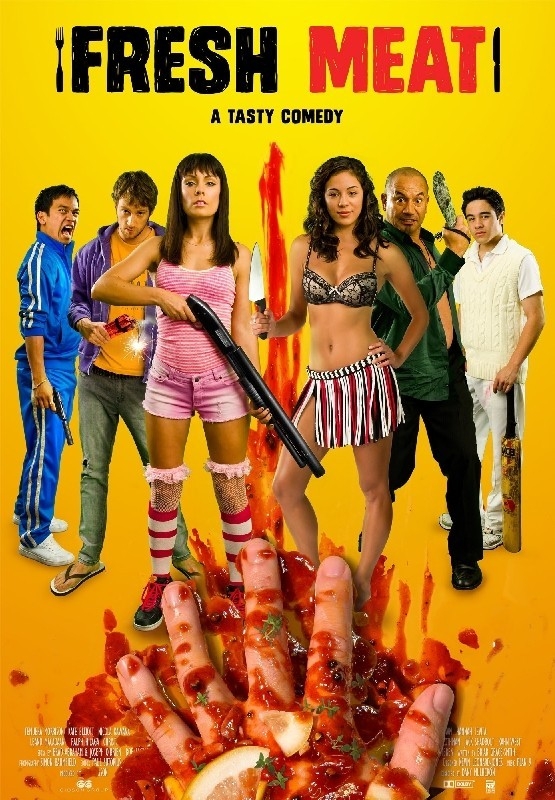 After a botched prison break, the Tan brothers, their fumbling accomplice Johnny and the smoking hot Gigi need a hideout in a hurry. Hunted down by a bunch of grizzly cops, they take refuge in suburbia, where they invade the family home of Maori academic Hemi Crane. He and his wife Margaret, a successful TV chef, along with their teenage children, Glenn and Rina, don’t seem to pose much of a threat for our hotheads. But is it really a safe bet ? Because there is obviously something they don’t know about Hemi Crane : the man has reintroduced some old-fashioned cuisine, inspired by an ancient Maori cult, and the Tan gang will have a ringside seat to the reintroduction of cannibalism to the 21st century. Are you a diehard fan of Braindead ? Did you love Black Sheep ? Well, in that case, Danny Mulheron’s new flick is just made for you! Mulheron, who also co-wrote Meet the Feebles, delivers a gory and tasty horror-comedy starring Temuera Morrison ( Green Lantern, Star Wars ) and the gorgeous but lethal Kate Elliott ( 30 Days of Night, The Locals ). Veggies, please hold down your lunch !