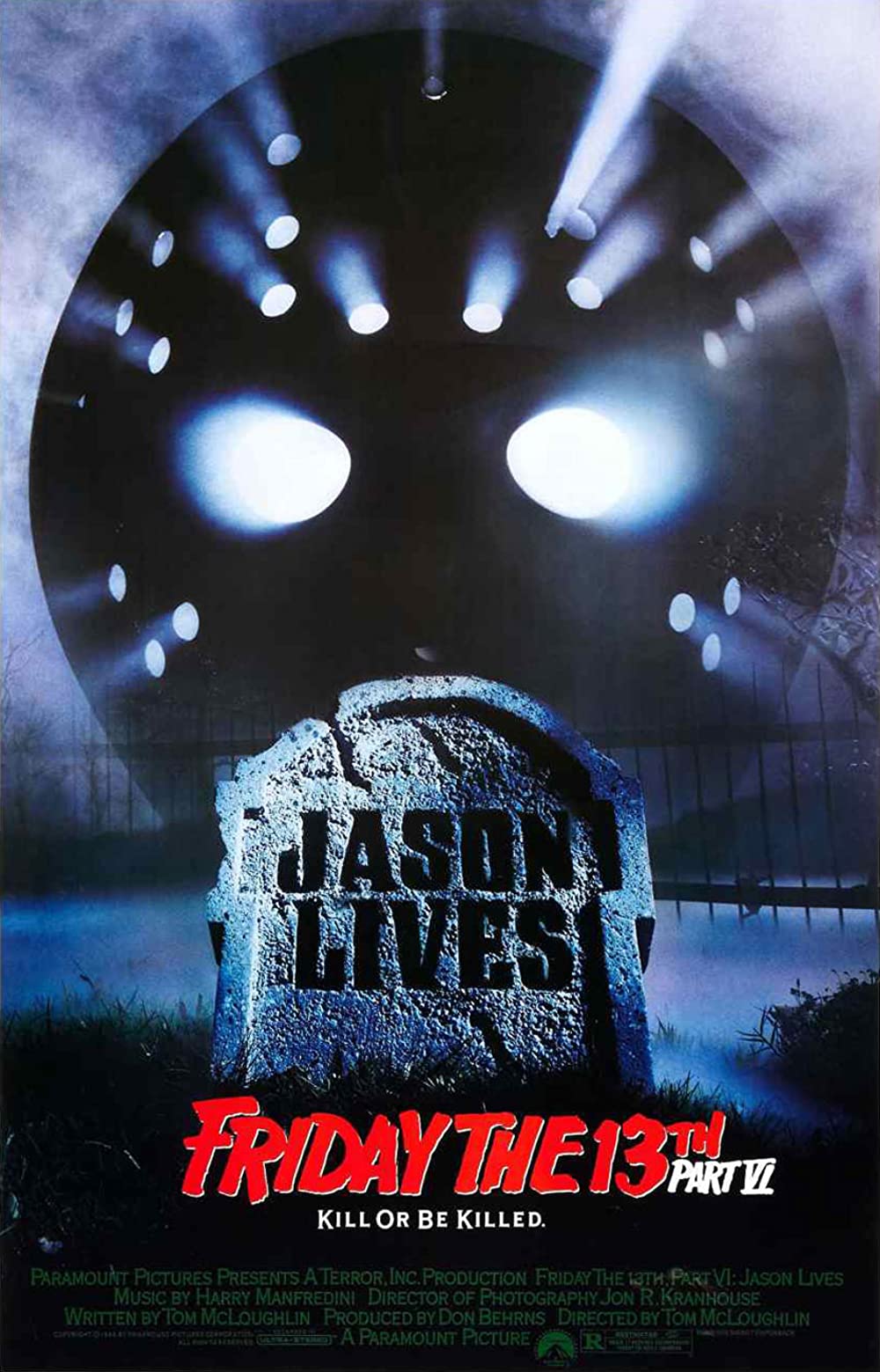 Knowing that Jason, the psychopathic killer who collected (horribly mutilated) victims since “Friday the 13th Part 1”, had been murdered by a boy named Tommy Jarvis in “Friday the 13th Part 4: The Final Chapter”, how is that bloodthirsty monster (ew!) still alive in “Friday the 13th Part VI: Jason Lives”? Follow me with the utmost attention: traumatized by what he had gone through, Tommy Jarvis was hallucinating and EVERYTHING that happened in “Friday the 13th Part 5: A New Beginning” was only in his head. So let’s set the record straight: the plot resumes where the 4th movie ended. In between the movies, Tommy has grown up and wants to make sure that Jason has indeed been buried.
Against all odds, THERE IS something that makes this movie stand out from the previous ones: its scenario! Written by Tom McLoughlin, who directed the astonishing “One Dark Night”, “Friday the 13th Part 6” does not fall into the absurd conventions of the genre that had since then been used in this murderous trek for teenagers. It is completely innovating and gives a dramatic and humoristic intensity to its subject and main character, characteristics which were clearly missing from the previous movies. “Without any concession to gratuitous horror, ‘Friday the 13th: Jason Lives’ conveys a violence that has hardly ever been equaled. Armed with an imagination and a talent as sharp as his hero’s favorite blade, Tom McLoughlin used audacity, (dark) humor and rigor to give us the best movie of this series, and it might not be the last.” (C. Karani)