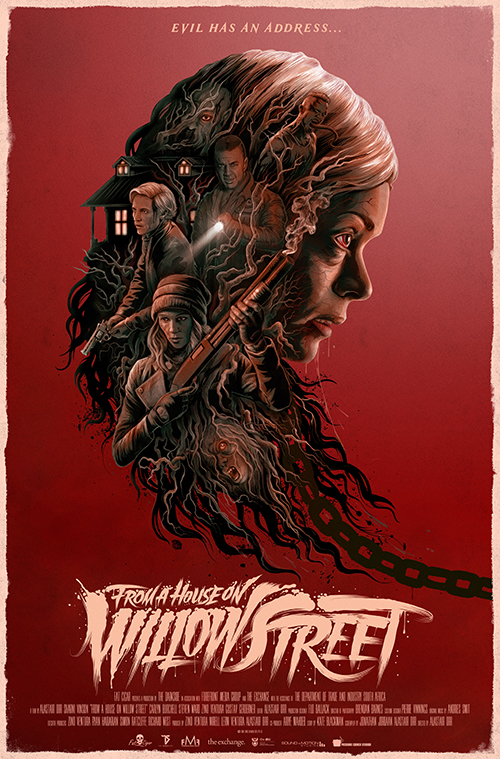 FROM A HOUSE ON WILLOW STREET

Small time gangster Hazel and his three henchmen have set their sights on young Katherine, whose father is a rich diamond dealer. Given the size of their house on Willow Street, they probably wouldn’t mind loosing a million dollars or so for their precious girl. The actual kidnapping is as easy as pie, but the bite lies in the follow-up. Not only are Katherine’s parents not responding to their ransom demands, they also discover that they are not the first to kidnap the girl. You see, Catherine is possessed by a demon who’s hungry for tormented souls. And with Hazel’s gang, breakfast, lunch and dinner have just been served! We know South Africa from Nelson Mandela, rugby and the outrageous clips of Die Antwoord, but much less for their genre cinema. Alastair Orr might be the one to change that. This pioneer of South African genre flicks (Indigenous, 2014) reinvents the home invasion movie in A House on Willow Street where the hunters become prey.