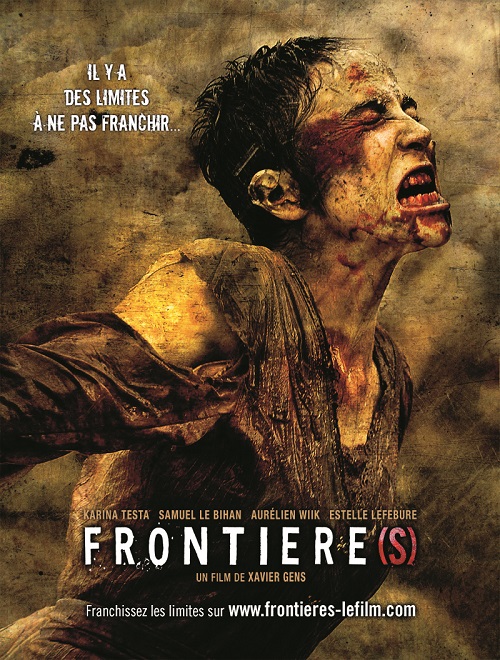 As the suburbs of Paris burn again due to the election triumph of an extreme right-wing party, a group of youths use the chaos as a cover for smash-and-grab robberies. For Yasmina, the money is an escape from the slums she has known all her life. With the police on their tail, her gang splits up, planning to meet at an inn near the Luxemburg border. Arriving at their destination, they encounter their hosts, the Von Geisler clan, who seem to be stuck in time; a jackbooted patriarch, his savagely flirtatious daughters and his thuggish sons. Revealing themselves as neo-Nazi fanatics, they see Yasmina as a fresh bloodline for their fascistic fantasy of starting a new Aryan brotherhood. Her friends find themselves trapped in a grim abattoir as Yasmina fights against the Von Geisler’s invitation to become one of the family in their twisted gothic household. Rising French director Xavier Gens, whose first Hollywood film Hitman has already hit the screens, delivers a feature debut that is a full frontal assault leaving nothing standing in its way. Like Alexandre Bustillo and Julien Maury’s Inside, also shown at the Bifff this year, Frontieres follows close on the trail blazed by Alexandre Aja’s Haute Tension, serving a vicious head-butt to traditional French cinema. While Gens combative and relentless approach drenches the screens in viscera and filth, he still manages to evoke a lush fairy-tale atmosphere by working with cinematographer Laurent Bares ( Inside ). Frontières is a shocking Grand Guignol tale for the 21st century that is definitely not for sensitive souls and will leave nobody indifferent.