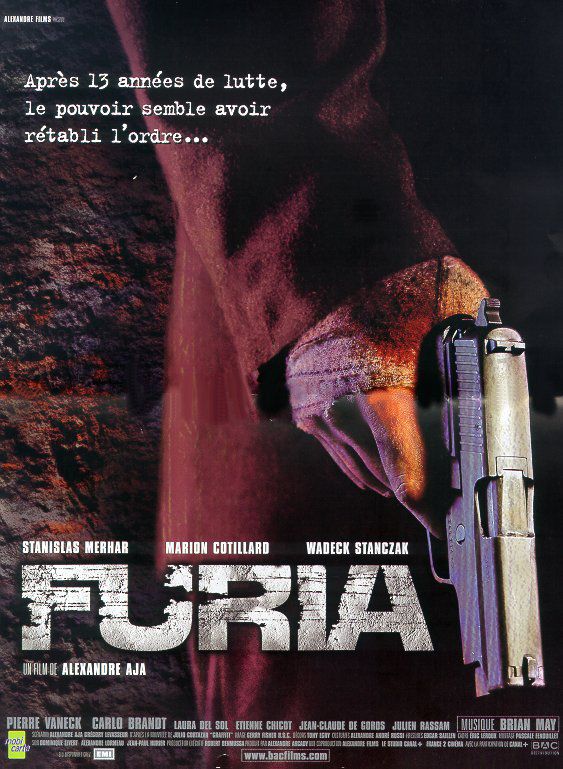 Théo, 20 years old, lives in a sun burned world, destroyed by war and ravaged by sand storms. It’s a place without freedom, where those that dare to write on the walls are arrested, tortured and killed. Every night, Théo goes out into the streets to draw on the walls. He tries not to suffocate in a society without dreams, where the powers that be want to make people believe that tomorrow no longer exists. One night, Théo finds a drawing that represents him. Is this a warning, or is it a sign from a kindred spirit who feels as lost as he does ? This is the start of a strange and passionate relationship. Through their drawings, the two embark on a quest that mixes fear and challenge. Then, one night, Théo finally meets his unknown correspondent.
Furia, a touching and dramatic love story, is the feature film debut of 20-year old Alexandre Aja, son of director Alexandre Arcady. By choosing science-fiction, a very unusual genre in French cinema, he wants to distance himself from the prevailing realism in movies which, according to him, wants to clip our wings. With this adaptation of Grafitti, a short story by famous Argentinean author Julio Cortazar, he draws us into a dark universe, where people have to fight for love, at the risk of losing their dreams and even their lives. Acclaimed director of photography Gerry Fisher (The Bridge accross the River Kwai, The Servant, Highlander) took care of the images. The music was composed by Brian May, the guitarist of Queen (Flash Gordon, Highlander).