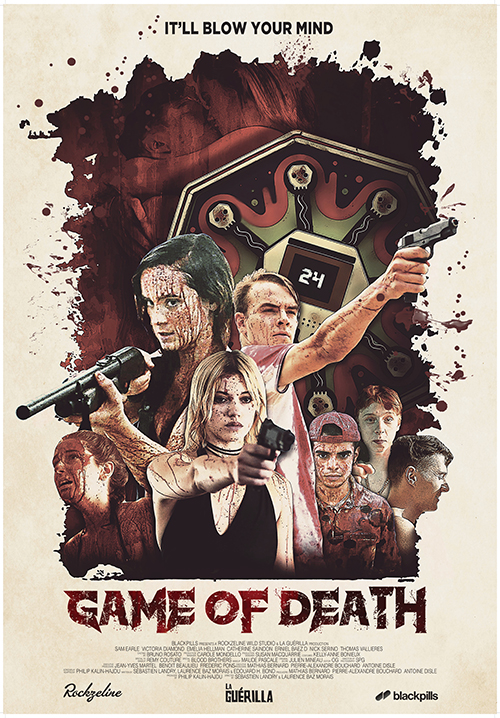 Kill or be killed is the golden rule of the innocent-looking board game Game of Death, which sucks for seven decent-looking millennials who decide to play one sunny day. They quickly realize that if they don’t murder people, their heads will explode like ripe tomatoes. Hence, they go on a killing spree which would make Charles Manson and Jeffrey Dahmer look like amateurs. The killer-instinct in each of them bubbles to the surface and without remorse, they take the lives of anyone they meet in their middle-of-nowhere town. But when they run out of victims they hit rock bottom. Divided, terrified and confronted with their own mortality, their drive to survive blurs with their desire to win the game. Will they or won’t they turn on each other? Don’t get confused! We’re not talking about kung fu legend Bruce Lee’s last film (1972) or the eponymous Wesley Snipes vehicle (2011) by Giorgio Serafini (see also Flashburn). Game of Death is the first joint effort by young French Canadians Sebastien Landry and Laurence Morais-Lagace. With their brutally funny shocker, a clever cross between Jumanji, Battle Royale, Natural Born Killers, and Scanners, they picked up two prizes at the Brooklyn Horror Film Festival and they seem definitely destined for greater things. It’s enough to blow your mind!